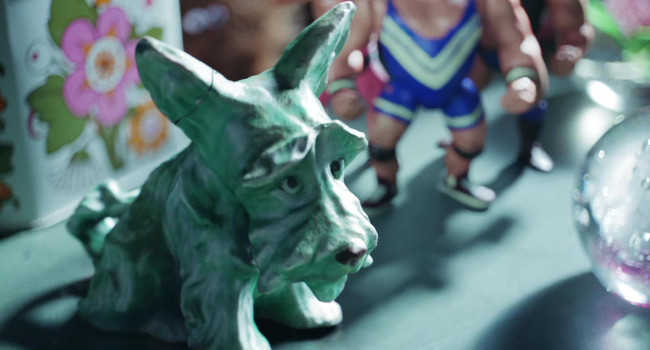 Greetings one and all – we hope you had a great week, however full or devoid of gratitude it may have been. This week’s line-up of our favourite ad sync features crystalline electronica, lonely toys and snowy rogues.

Mechanised miracles were in vogue this week as West Quay created a pretty delightful clockwork consumer good edifice and airbnb brought the model train to its furthest, nigh-on magical limits. H&M laid on the festive glitz with a Lady Gaga/Tony Bennett collab – which somehow doesn’t seem as unexpected as it should – complete with full Hollywood opulence, while Greene IPA channeled some of the Whiplash hype for their own ends. A poignant counterpoint to the week’s tinselly trifles came in the form of the Silver Line’s gentle reminder of elder loneliness this season.

Elsewhere there was energy aplenty with the Golden Pages’ rockstar plumber and Toyota Japan’s answer to Cog, while Durex became the latest to have fun with doubled-up tech, taking advantage of attention-deficit browsing habits with its steamy two-screen spot.

A woman-about-town sparkles through various glamorous, tightly-timetabled rendezvous, managing an improbable number of costume changes, (almost) never without her glittering smartphone. The script is perhaps a little suspect (just when did she misplace said phone?) but the soundtrack – also used in one of Sonos’ interesting series – is pitched just right: bright, serene and unique, melding nicely into the club scene and matching well with a protagonist who’s rather comfortable as the chaotic centre of attention. The directors, also behind Sony’s Ice Bubbles spot, clearly have a way with the crystalline.

If you’re going to head down a well-trodden sync path, do it with a proper spring in your step. The quality of production and sense of anthropomorphic pathos are so all-out here that Foreigner’s level of 80s drama works quite well.

A pair of brothers in a Quattro help out more hapless drivers in the Swedish snow – though with rather less than altruistic motives. Though the song’s lyrics have more to do with urban nightmare than rural difficulties, the song’s refrain and bounce add plenty of charm to the enterprising pair’s escapades – might have been nice to see them use their gains to buy a hulking Christmas present for the dad who presumably sprang for the trusty vehicle, mind.