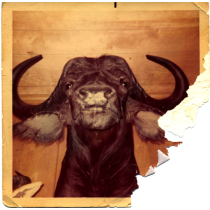 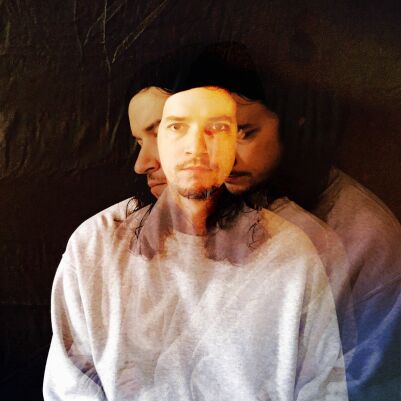 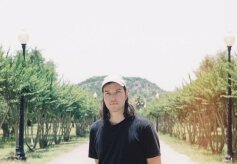 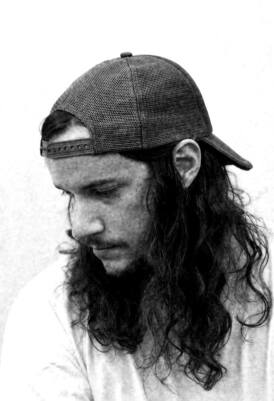 Austin-based producer and multi-instrumentalist Spencer Stephenson’s first proper solo LP in nearly four years End the Summertime F(or)ever is sample-studded mood board of bass-heavy abstract hip hop, spiraling psychedelia, and disco-house, that evaluates deep time, aging, societal upheaval, the afterlife, and the cosmic perspective as they appear through the distorting, relentless Texas heat. Though the album was titled long before the tumult of 2020, it serves as a premonitory fever dream of what has transpired in the months between its completion and release. Like Gil Scott-Heron and Brian Jackson’s 1974 album title Winter In America, Stephenson’s Summertime isn’t a season of leisure, but one of seemingly endless sociopolitical, environmental, and economic forces beating down during a critical time in history, and symbolized by the lingering high temperatures of overlong Texas summers. In Stephenson’s own words: “I lived by an elementary school while making this album, and I’d walk the track out back alone in the middle of the night while listening to my mixes. It brought up feelings of what the approach and passage of summer felt like when I was a schoolkid in complete contrast to what it means to me now. This season of relief from the public school grind, which I looked forward to all year, had morphed into a time of high bills, and relentless heat that lasts longer every year, which makes any sense of change feel out of reach. But I’m still habituated by the public school system to expect a break. It got me thinking about how American society is stuck in a cycle of expectation and disappointment, always looking forward to a ‘summer break’ that’s perpetually in the future, even if half of us romanticize a misremembered past. The consumer hamster-wheel doesn’t allow a pause for reflection. America’s always hustling for supposed prosperity yet to come, and as a result it never really reconciles its history. Maybe that’s by design. I can’t articulate how or why, but I felt that all coming to an end, or at least that it would be massively disrupted.”
After an initial instance of the album’s ominous thematic bell motif, Summertime begins with “The Way,” a hopeful and urgent intro that marches forward on a heartbeat kick drum as a synth bassline riles up a sediment of soul acapellas and dusty harp notes from a bygone age. “Sunrelenting” follows immediately, and comes across like a beat that was left off The Black Album for being a little too tie-dyed and acid-drenched. Though such wide-eyed openers announce the aesthetic of the album, the emotional tone of Summertime sheds some of its optimism by the track “Your Whole Life,” a darker highlight that folds Botany’s unapologetic Jaylib veneration into a foreboding barrage of drones, mallets, and vocal washes. “Schoolday Morning TV” and “Most” have a foggy sense of ease, providing a soundtrack to the daydreams of bored back-row students in mid-September as they recall the fleeting freedom of the summer months. “Babylon at Last” declares the end of an empire-- as well as the end of Side A of the album-- with a jarring parade of soundbites that break out into a thunderous, ancient pulse of chants and drums. The second half of End the Summertime F(or)ever starts with the lead single “Once We Die,” a bombastic track that throws a heavy 808 bassline beneath skittering triplet percussion to anthemic effect. Amid scrapbooked pieces of disco and jazz, the track's namesake vocal line spurs thoughts about the afterlife, and the swirl of emotions like loneliness, anxiety, and liberation that accompany such wondering. “Vision of This Earth Before Our Time” is a housey recombination of yesteryear’s dance music that features ornamentation by Orange Milk artist More Eaze, and plays like a film reel about the Summer of Sam found in the sun-damaged refuse of the future. Like a dying star, End the Summertime F(or)ever gives off one final burst of energy in the form of the driving, unabated “Tele-vangelis” before the postscript “E.O.T.S” bids farewell with a languid, organ-centered beat that dissolves into a melancholy cloud of Indian classical instrumentation retreating slowly over the horizon.
The blessing and curse of instrumental albums is that there’s only so much meaning that can be gleaned without the exposition of lyrics, but each Botany release seems to be dripping with intentionality. In that sense End the Summertime F(or)ever represents Stephenson at his most autobiographical as he imbues his arabesque beatwork with the tone of his life up to, and during, the album’s creation. This LP marks seventeen years since Stephenson committed his first track to CD-R, ten since the release of his formative intro EP Feeling Today, and it was finalized in the same month that his first child was born. In that timespan, Stephenson has gone from being an out-of-place Texan loner to being a respected musician's musician in the state’s oft-overlooked-- but nonetheless rich-- ambient and beat-music scenes, even making emissarial appearances at Bonnaroo, Roskilde, and LA’s defunct legendary weekly event Low End Theory. As for the album’s life beyond that of its author, End the Summertime F(or)ever asks the listener to reexamine what adjectives like “sunny” will come to mean in a world of rising global temperature, and unrest that will inevitably keep rising with it. Will cultural curios like Gershwin’s “Summertime” come off as kitschy reminders of a more verdant past? Isn’t sunlight, often considered a rejuvenating force in the realm of metaphor, also capable of fading, melting, and warping all that it touches? Isn’t that sun that we long for in winter the same one that will someday swallow the Earth with total indifference? In the meantime Botany hosts an auditory mass exorcism for the angst, fatigue, confusion, and fervor of the times, summed up in the album’s spoken-word tagline spliced from self-help tapes and evangelical rants: “You’re off by yourself / in a quiet place / picture the world / as seen from Space / it’ll be so groovy / it’ll be so great / at the end of summer / and the United States.”