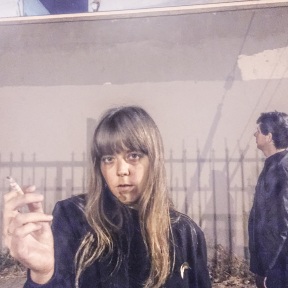 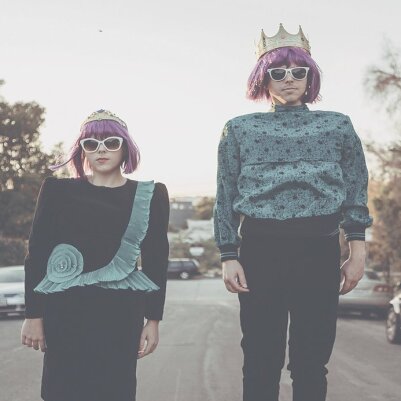 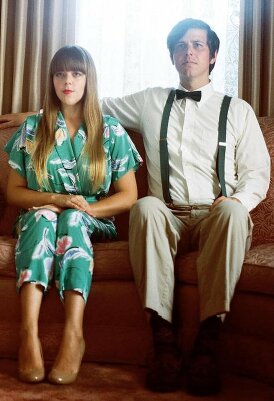 Since 2012, Bret Bender and Madeleine Miller have been creating emotionally complex, evocative synth pop under the moniker Bogan Via.

They exploded on the burgeoning Arizona music scene playing house shows and opening for touring acts like Twin Shadow, Little Dragon, and WHY?. Some of their first home recordings attracted the attention of Consequence of Sound and local record label Common Wall who signed the band later that year. The resulting studio EP, Wait Up, was named in the Top Ten albums for the year by the Phoenix New Times and was praised by COS for exploring “...Gary Numan-style hypnotic pop territory.”

After their successful debut, the band moved to Los Angeles to allow Madeleine to pursue her first love of acting. While Maddie went on auditions Bret began to carve out what was to be the material for their second EP, Madly. The album, more upbeat and “reminiscent of early Phantogram”, featured danish singer Kirstine Stubbe Teglbjaerg” whom the band had met and collaborated with at Red Bull studios in Copenhagen. After a slew of tours the band decided to take a small break when later that year all of their gear was stolen out of their tour van after playing a festival in San Francisco. They had written and recorded demos for their first full length album and it was all gone in one afternoon.

Bound and determined to get the music out there, they both scoured old emails until they had some version of everything they had intended to release and Boganvialand finally emerged. Inspired by their conflicting views of the horror genre, Boganvialand taps into a gothic nostalgia that uniquely works its way into every song. KEXP called it “thoughtful, melancholic pop miniatures, laced with strong vocal harmonies akin to Dirty Projectors.” With the help of their fans and this new album they replaced the stolen gear and were soon back at on stage opening for The Operators for a North American tour.

For the last year and a half Bogan Via have been playing shows close to home while crafting their latest release, Tough to Kill (due out Dec 7). The two recorded everything in their home studio in Hollywood
and mixed with long time friend/ producer Le Tronz back in Phoenix.

The tracks weave in and out of genres with a heavy hand of hip hop and synth pop gluing it all together. “This record is actually quite
upbeat despite the aching of self reflection and doubt that runs throughout the tracks.” Bret reflects. The album was inspired by the grit, chaos, and brief moments of beauty in the alcohol soaked alley ways of Los Angeles. Themes of heartbreak, mental health, and morality infuse the LP with colorful highs and undercurrents of melancholy.