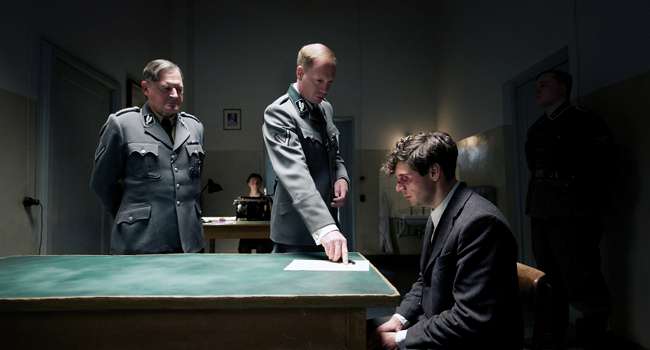 Directed by Oliver Hirschbiegel (Downfall, Das Experiment) and starring Christian Friedel (The White Ribbon, Amour Fou), the tale is based on the story of a carpenter who stood against the tide in 1930s Germany as his mistrust of the increasingly powerful Chancellor and his followers grew, culminating in a bold, ill-fated plan to assassinate Adolf Hitler.

We were honoured to supervise the film’s songs, which span jaunty Argentinean tango and poignant, zither-led German traditionals, and work in complement to a fine score penned by David Holmes (Ocean’s 11, Out of Sight).

Following sold-out screenings at the Berlinale and an official premiere in Munich last month, today’s opening date was chosen to mark the 70th anniversary of Elser’s death, executed just a month before the war’s end.

Don’t miss your chance to catch this singular tale of courage and resistance in cinemas! Living outside Germany? Worry not – Elser (13 Minutes) will open in France in September, and has also been picked up for distribution by StudioCanal (U.K. and Ireland) and Sony Pictures Classics (North and South America).