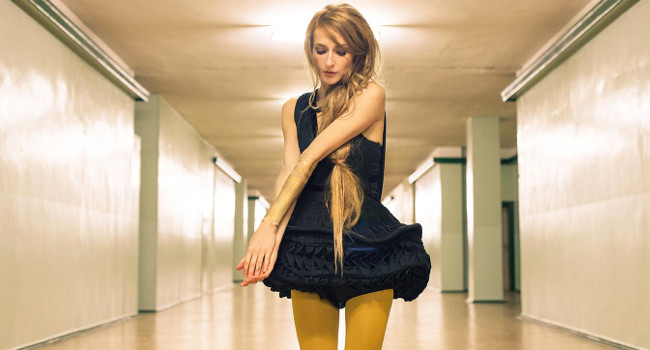 We love to highlight the artists we’ve worked with and give them a chance to introduce their musical style, to show the creative side of the sync equation. Missincat, AKA Caterina Barbieri, is an Italian-born, Berlin-based singer-songwriter and guitarist. She layers catchy pop sensibilities with an indie work ethic and a singular voice, to create a memorable brand of moving yet easy-going alternative pop. We chose her blithe and buoyant number ‘Wide Open Wings’ to accompany Millennium Bank‘s mellow summer campaign.

Missincat’s third album will be released on February 27th, and you can catch her live at Berlin’s HAU on February 21st, or check out other German dates on her Facebook page.

I´ve been making music since I was a little child. I always sang a lot, at home they used to call me the radio! My grandmother taught me piano, then I started playing bass guitar and then guitar. I mostly taught myself to play and to sing… I loved songs. The first song I wrote was a lullaby, I think I was ten years old. My sister still sings it to her kids…

My sound is constantly developing but I guess it has a very distinctive character, probably my voice. It is something between pop and alternative music, maybe you can call it alternative pop. I write very catchy melodies but I want them to sound different and unconventional as well.

Mostly from deep inside me: feelings, needs, desires, they can turn into music…

I guess it was about a year ago. One of the team wrote me an email to show me the platform – I thought it was a good idea!