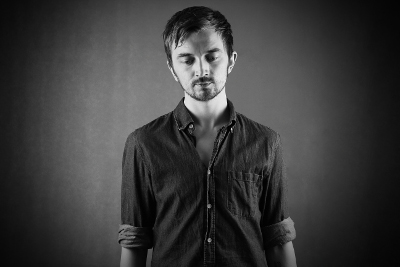 At Tracks & Fields we enjoy shining a light on the true stars of the sync show – our member artists. This time we’d like to introduce prolific English songwriter and composer Sean Redmond.

I’ve just realised I’ve been making music for 20 years! It feels like only yesterday when I first picked up a guitar at around the age of 9 or 10. My uncle taught me a few chords and bought me my first (half-size) guitar for Christmas. I later took lessons from an excellent teacher, Phillip Quigley. The first time I heard him play ‘Smells Like Teen Spirit’, I knew I needed to get an electric guitar (a black Encore Stratocaster from the local pawnbrokers) and start a band, which I did with friends at school. We were the best band never to play a gig! After school I joined a math/metal band. We were very popular but split up after writing only six songs in two years. We really tried to push ourselves to be better than anyone else in that genre, like Dillinger Escape Plan or Sikth. Our singer used to come out with phrases like “I want this section to sound like a huge ship in a small room”.

Afterwards I found myself working in KFC in Preston with no qualifications and no band. I realised I couldn’t do this for the rest of my life, so I bought an acoustic guitar, started singing and in 2004 moved to London to ‘make it’ as a singer/songwriter. This was a very exciting time for me. Within months I’d found myself with a manager, a lawyer and the interest of publishers and major record labels. I signed a publishing deal, released an album and Apple picked up on my debut single ‘Shooting Stars’ and featured it in their worldwide promo video to launch the iPad. This was my first sync.

After a few years of gigging I decided to take a break, and started to produce other artists for a living. This was great for a while but really I still wanted to make a living from my own music, though I didn’t want to go back to gigging as an acoustic singer/songwriter. If only I could get more syncs! Out of the blue I received a call from a promoter I had met on the gigging scene. He had landed a job as A & R for a publisher and sent me a brief for an advert that needed music. I didn’t win the job, but 9 months later that same track won another brief I didn’t even know I was pitched for! Since then I have done more and more of this type of work, winning jobs with Visa, Porsche, Axe, Ebay and many more. In the process of recording countless styles of music for briefs I have found myself drawn more and more towards orchestral music and soundtracks. One of the first orchestral pieces I composed, ‘Nothing Left To Lose’, was licensed in the worldwide trailer for The Railway Man.

This is always the hardest question for any musician to answer… I have covered a diverse range of styles over the years, but at the heart of all my music is emotion. My aim has always been to make music that moves people, music that makes you feel something, whether it’s sad tears, happy tears, or euphoria! My most recent album release ‘Something More’, a collection of emotional orchestral pieces, has been compared to the soundtracks of Hans Zimmer, James Newton Howard and M83. I only started writing this style of music a year ago but I feel it is a genre I will be exploring for many years to come as it’s new and exciting to me. I feel the boundaries are limitless – I feel like I did when I first heard ‘Smells Like Teen Spirit’.

I write something new every day so making music has almost become like breathing to me. I regularly purchase new sample libraries and experiment with a sound until I find a melody I like, and before you know it a full track has been written. That’s the way I like it – a constant flow of music that feels effortless. Sometimes the sound that sparked the idea might not even get featured in the finished track but I often like to start with a unique sound that interests me. I find it very easy to write to visuals, and try not to just accompany the picture but to narrate the story with music, so having a film to work with is very inspiring and often directs the course of the score.

I am very competitive and always want to be the best at anything I do, so often it’s other composers who inspire and drive me. Some recent examples: Aphex Twin’s ‘Avril 14th’ is so simple yet so emotive. I love the piano sound, the imperfect noise from the piano keys. I wish I’d written it. John Williams’ ET Soundtrack is just something else – so many layers of instruments doing so many different things, yet it’s so melodic and emotional, like so many pieces of his music. John Williams is the bar for me.

I’ve been a member of Tracks & Fields now since mid 2012. I think I found out about it through an internet search. I joined a couple of other sites that offer ‘similar’ services but Tracks & Fields is the only one I have stuck with. They know how to write a brief a composer can understand, and offer real sync opportunities.