8 Bands that Changed Their Sound Drastically 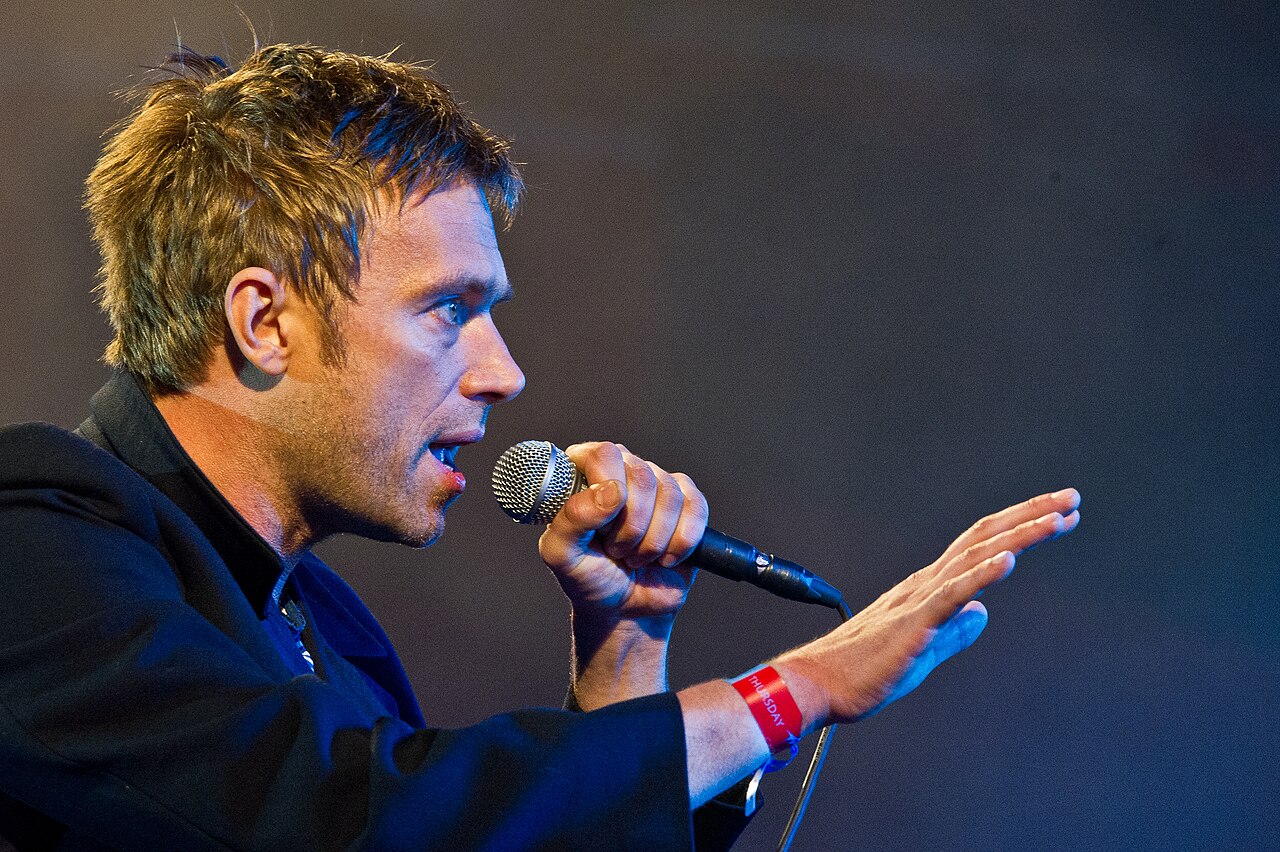 Whether for good or bad, many bands change their sound and music style during their careers. In some cases, the switch in genre allows bands to diversify for the changing music industry. In other cases, a change in genre helps a band discover their iconic sound – the music they will be remembered for.

In this list, we have covered just some of the bands and artists who have changed genres during their careers. We’ll let you decide whether their sound change was a good decision or not.

When British band Radiohead first started making music, their sound was very distinctively guitar rock and for a while, they were being described as one of the greatest guitar bands of all time. But over the years, Radiohead’s sound has diversified and they are no longer a one-genre fits all band.

Starting with their 1993 album release of ‘Pablo Honey’, Radiohead’s classic grunge anthem ‘Creep’, defined the band’s early sound: long and heavy guitar solos and the wailing sound of Thom Yorke’s voice. This sound continued onto other albums, such as 1995’s ‘The Bends’.

But change came with the release of 1997’s ‘OK Computer’, when Radiohead started to experiment with various instruments, including cello and string instruments, as well as glockenspiels.

The experiments didn’t stop there. Never satisfied with one musical direction, each new Radiohead album sounds remarkably different from the last.

2007’s ‘In Rainbows’ started to include synth drumbeats, in what Pitchfork called Radiohead’s first attempt to ‘toy with modern R&B sounds’.

Skip almost a decade later to Radiohead’s latest release, 2016’s ‘A Moon Shaped Pool’, and Radiohead are not finished experimenting with genres. The album’s first single ‘Burn the Witch’ is unrecognisable from Radiohead’s first outputs, and has been described as an ‘orchestral pop song’ by The Atlantic magazine.

Now stuck with their ghoulish name, The Horrors burst onto the scene as a gothic synth rock band in 2005.

Along with the dark band name, the members had even scarier names. Nicknames included the lead singer who was then known as ‘Faris Rotter’, the drummer ‘Spider Webb’ and a bassist called ‘Coffin Joe’.

Unsurprisingly their sound matched their name and the band released numerous gothic rock inspired songs such ‘Sheena is a Parasite’ and ‘Death at the Chapel’ to some underground success.

The Horrors – ‘Sheena is a Parasite’

But it came as surprise to the music press when the band released their second album ‘Primary Colours’. The album marked a complete change of sound and was bursting with beautiful shoegaze hits such as ‘Sea Within a Sea’ and what became known as ‘neo-psychedelia’. It was also nominated for a prestigious Mercury Prize, something music critics from 2005 would have never been able to predict.

The Horrors – Sea Within a Sea

The new direction stunned music critics, who started to speak of the ‘evolution’ of The Horrors, as their later albums followed suit.

The Bee Gees weren’t always a disco band, with the iconic high-pitched falsetto of singer Barry Gibb, which they are known for.

Formed in 1958, the Bee Gees first albums of the 1960s had a distinctly different sound to what they are known for.

Bee Gees – To Love Somebody

During the 1960s, the band had many comparisons to The Beatles. They were more aligned with rock or country than disco and performed many ballads.

This all changed however, after the British band moved to America in the 1970s. With waning chart successes, the band started to embrace the musical moment of the decade: disco.

Singer Barry Gibb took over almost all of the singing and the Bee Gees developed the high-pitched disco sound that they world famous for.

Chart successes included their soundtrack for the film ‘Saturday Night Fever’ (1977). The song became one of the best selling soundtracks of all time and won numerous Grammy awards.

It’s hard to imagine that the Dev Hynes of today is the same guy that once was a member of the screamo, indie metal three-piece band called Test Icicles. Test Icicles, active in 2006, were a short-lived English band. Their bizarre mix of punk, screamo and thrash left a lasting impression, and the band released one album, ‘For Screening Purposes Only’, before disbanding.

Fast-forward to 2007 and Dev Hynes had undergone a complete makeover, he was now the face of a solo project called Lightspeed Champion. Gone was the thrash and electric guitars of Test Icicles and in were the acoustics, country and comparisons to Bright Eyes. Dev released two albums under Lightspeed Champion before committing fully to his latest project, Blood Orange.

Lightspeed Champion – Galaxy of the Lost

Nowadays Dev Hynes is known as Blood Orange, an R&B outfit. Blood Orange has had notable success, including scoring a Coppola movie in 2013, as well as releasing three debut albums to date. But who really knows if Dev Hynes will stick with R&B?

However, during the later 1980s, the band ditched their upbeat style. Although the synth remained, the lyrics started to become more pessimistic. The music was less 80s dancefloor hits, and more dramatic atmospheric sounds.

Californian band Maroon 5 never quite fitted into the pop world as a boy band but instead described themselves as a ‘pop rock’ band, with neo-soul and pop funk inspirations.

Their first album, which included hits such as ‘This Love’ and ‘Harder to Breathe’, established the band firmly in the genre of pop rock. The success of their 2004 release ‘Songs About Jane’ saw the band tour alongside artists such as Michelle Branch, the Rolling Stones and the Hives.

Maroon 5 – She Will be Loved

But what came as a shock to music critics and fans alike was the band’s transformation from pop to electronic and dance pop in 2011.

In 2011, Maroon 5 released the widely popular club hit ‘Moves Like Jagger’, which they recorded with Christina Aguilera. Furthermore, with the 2012 release of their electronic dance album ‘Overexposed’, Maroon 5 had completely dropped the rock from pop rock.

At the same time as the album came out, lead singer Adam Levine was becoming even more famous. For instance, Levine was starring in television shows such as American Horror Story and was a host of America’s version of The Voice.

The new electronic dance sound of the band received positive reviews from music critics, as well as many negative ones. Music website Sputnik Music claimed the change in sound meant Maroon 5 were no longer a band. Instead, they called them ‘the Adam Levine Show’ and heavily criticised Maroon 5’s attempt to become more mainstream.

There’s no escaping Taylor Swift these days, from tabloid news about her latest romance to her very public Spotify and Apple Music disagreements, to then becoming the face of Apple’s latest TV commercials. The popstar is everywhere.

But Taylor wasn’t always a pop star. She started off her career as a country music singer and released three country pop albums before venturing into pop and becoming the world famous artist that she is now.

By the time Taylor released 2014’s ‘1989’, the country guitar had been firmly tucked away in the cupboard. She was no longer the country singer from before and the singer is now committed fully to a pop career. (Sorry country fans.)

Taylor Swift – Shake It Off

Known for his Britpop days as the front man of Blur, Damon Albarn branched out stylistically when he founded the virtual band Gorillaz.

Blur, whose best-known songs included ‘Park Life’, ‘Boys and Girls’ and ‘Song 2’, were known for their Britpop and rock. But they did experiment with electronic and even African beats under Albarn’s influence.

In 1998 Albarn’s experiments with music accelerated, when he co-founded virtual band Gorillaz with the comic book artist Jamie Hewlett.

While the members of Gorillaz were secret and each of the band was represented by a cartoon, there was no mistaking that they sounded a lot like Blur.

With the Gorillaz, Albarn experimented with hip-hop, R&B, reggae and rock to produce a sound that Blur could never really manage. They also earned a place in the Guinness Book of World Records as the ‘Most Successful Virtual Band’ and a Mercury Prize nomination.