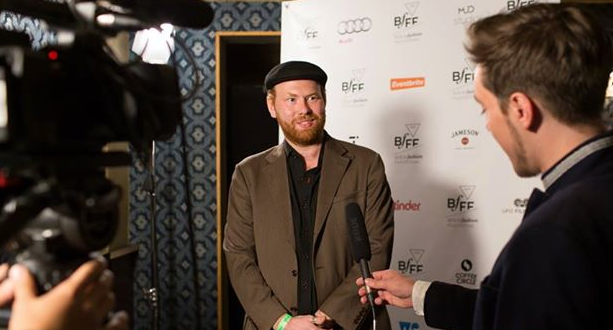 The Berlin Fashion Film Festival does very much what it says on the glamorous tin, turning up the very best in video advertising and fashion-based short films. Our CEO Christian Mix-Linzer was invited to join this year’s jury, bringing his years of music supervision experience to bear on a colossal range of fashion ads and shorts with a careful eye (or rather an ear) for those that used all the right tunes in all the right places. The list of winners proves that music can be the ultimate accessory, or indeed the base to build your whole ensemble around.

Best Use of Music

This distinction was awarded to films which used pre-existing music to set off their visuals to best effect.


This portrait also nabbed a cinematography award for its extreme closeup, pulling romance in to the blurred, macro lens level. Wind chimes glimmer over a bedrock of synthetic strings and thundering, loping drum beat, as director Igor Stekolenko captures with deep tenderness a moment at once tiny in scope and personally seismic.


As richly toned, luxuriant and old-fashioned as its namesake, this 70s-flavoured gem of a collaboration by Canada and NOWNESS swept the board with four awards, and for good reason. Gorgeous, naughty, and lifted from a meditative quiet to triumphant, firework-showering heights by the swooning, Francophone (of course) psychedelia of La Femme’s self-titled track, the film makes an understated strength of its kinky retro oddness – be warned that you may never cast quite the same eye on the titular dessert.

The 90s were strong with this one, and the soundtrack was on point. Slamming, ‘Vogue’-ish black and white cuts paired with fuzzy colour shots of crop tops and slogan-emblazoned sweatpants – food fetishists will also be well served. The strongest accessory, however, is the key to the whole film: the titular hit by C+C Music Factory. Right from the first hard and hollowed-out Right-Said-Fred style drum sample, we know where we are, and that’s a sweet dancefloor to find yourself on.

This one-off award gave a nod to one of the most foot-tapping tunes used in a fashion film this year.
Jogg Jeans (AB/CD/CD AB/CD/CD)

This category tipped the hat to spots and shorts accompanied by a specially-composed score, which ably supported the story or was all-around impressive in its own right.


Coolly futuristic as it is, an electronic composition was the natural complement to Mathieu César‘s film for Mugler. The pulsating, Tron-flavoured beat matches the monochrome projections and builds to a big-impact strut for the final showdown.


Bacon’s Oliver Knauer delivered a neat vision of dapper masculinity for Vagabond Shoes, profiling model and architect Guillaume Mace and his buzzing vision of Paris, peppered with sharp cuts of deftly personified shoes. Key to the pace is that dauntless drumbeat.

To Catch A Dream (Jim Chuchu)

Kenyan director and songwriter Jim Chuchu created an eerie and fanciful dreamscape starring Ajuma Nasenyana and her quest to rid herself of a nightmare. To match the unsettling landscapes and costumery, he created his own soundtrack – thumps, jingling, and vocal samples build to an organic intensity.