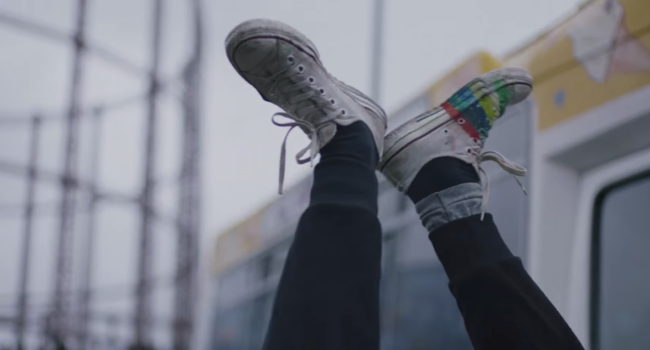 There’s a lingering cinematic spice in our favourite examples of advertising sync this week, and plenty of contrast – with the right music, ramshackle DIY ethos and indie montage can sit very snugly alongside slick and chic.

Jeff Goldblum continues what may become a full eccentric advertising sweep with a glossy (and batty) new character, while Mentos Italy kept up a similar if more wacky sense of derangement. Skoda UK got clever and GEICO cleverer still, while the American Ad Council got emotive with a touching and steadily popular viral.

Samsung’s highly enjoyable tale of a ramshackle and very independent film production gets its wings from the King: Elvis Presley’s ‘Follow That Dream’ provides both the message and the bouncy mood, complementing the indie humour and neatly cementing the narrative.

A young office worker reminisces about her European getaway and whirlwind romance, the latter facilitated by a certain well-known hookup app. What could very easily have teetered on the edge of beautiful-people, selfie-riddled insufferability is actually executed with style and sweetness – a lot of that style comes care of Oklahoma trio Broncho and their kinetic brightness.

Converse All Star – Made By You

Converse have deftly stepped up their game with this colourful barrage of visuals that, though plenty youth culture-friendly, go well beyond all adolescent clichés thanks to a vivid sense of life and experience conjured by the spot’s offbeat scripting: a motley crew of artists, poets, fashion folk and musicians reveal themselves only in disjointed snatches of voiceover, miles from stereotypical on-brand boasting but revealing nonetheless a hard-won and disarming sense of self. The stop-start use of SebastiAn’s already choppy ‘Ross Ross Ross’ keeps things strutting, though very much to its own beat.

The concept (slo-mo onlooker shock and absent-minded disaster, gilded with simultaneous grandeur and daftness by a sweeping classical accompaniment) isn’t groundbreaking, but it’s a pleasure to see it done with such aplomb. Golf champ Martin Kaymer provides the shock, Mozart’s towering ‘Lacrimosa’ the awe.