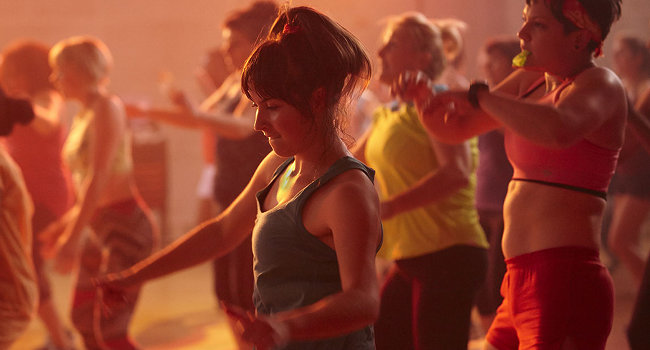 Our round-up of solid recent advertising sync is properly joyful this week – whatever these characters do, from finger-painting to fitness quests, they do with serious zest and top tunes.

Of course Super Bowl teaser season is in full swing too: Snickers’ Brady Bunch parody looks to be thoroughly enjoyable, while Newcastle Brown Ale have upped the ante on every front, this time plumping for Aubrey Plaza’s much-vaunted brand of caustic indifference to match their self-aware brand. Skittles also promise to skew as offbeat as ever. Budweiser are dialing up the cute after last year’s puppy-driven hit, and Buzzfeed/Friskies continue a winning formula of seasoning their fluffiness with feline haughtiness. Victoria’s Secret, so far the top performer in views, has already released its full Valentine’s Day-themed spot, in which the Angels wear their best game faces and surprisingly substantial uniforms.

Reminiscent of Lurpak’s glorious, Cannes-crowned ad last spring (in fact you can catch director Vince Squibb’s work for Cesar below), this uses Tchaikovsky at his most elegant to complement the gorgeously crisp food-and face-centric closeups and dynamic cuts, capturing a vivid sense of tactile wonder and discovery as the spot’s tiny stars bash, splash and splatter their way through their brave new world.

Ikea – The Joy of Storage

Mother’s latest is another enjoyable slice of sweeping and emotive battiness. A flock of simultaneously avian and anthropomorphized t-shirts (just look at them huddle!) battle their way across land and sea, searching for a home. Film trailer specialists Two Steps From Hell lend the spot a cinematic pathos and build.

Cesar’s quite lovely vignette of a night watchman and his dog makes the graveyard shift look like a ball. Satie’s Je Te Vuex adds a carefree, swinging jauntiness to the pair’s sweet mischief.

Sport England – This Girl Can

Sport England encourages woman of all ages and shapes to get moving for the sheer fun of it with a pounding, punching, popping spot. Not everyone has agreed on the copy, but there’s no denying the ad’s vigour and endorphin-pumping energy, powered by and perfectly cut to Missy Elliott’s bhangra-bumping ‘Get Ur Freak On’.