Whistle while you work: the best work songs 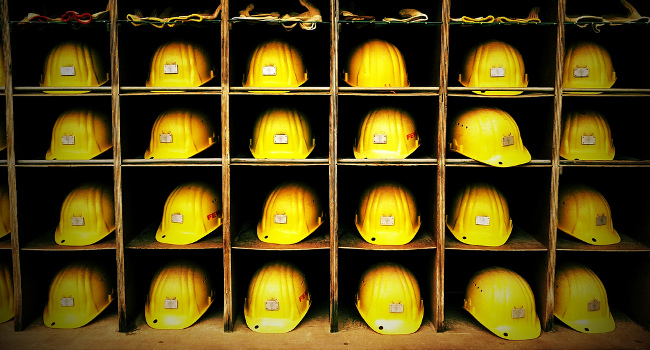 In honour of International Worker’s Day, we’ve put together a collection of the best songs about work and workers. This lineup spans collars of every hue and work songs of every mood – some are more oblique (and bleak) than others, often showcasing pop’s ability to make the most hummable songs about the grimmest subject matter: look no further than Sam Cooke and Springsteen for a masterclass.

So to help you strut through the last of your working day with a smile, whether they inspire you to strive for that dream job or just give quiet thanks that yours isn’t as back-breaking or soul-draining as it could be, let our trade-related tunes power you into May Day.

First off, a slice of mid-Noughties stylishness from art rockers The Rakes, which perfectly captured the young London professional’s keep-up-with-the-Joneses sense of starched unease and insincere small talk, layered over their typical bass-driven bounce.

First recorded by Merle Travis, the song’s authorship is also contested by “The Singing Miner” George S. Davis, but Ford’s rendition is generally most beloved, and it’s not hard to see why. His baritone twinkle brings a foot-tapping lightness to what could otherwise be a distinctly heavy paean to the miner’s rough and inescapable life.

Jungle score big points for big-entrance style, and manage to imbue the relentless bass and brazen horns with something of the feverish discomfort of zero work-life balance.

Few could manage to make the most hideous forced labour the source of such a bright and breezy hit (a cruel number 2 on the US charts), while maintaining every note of compassion – Sam Cooke was one of the few, and this answer to traditional work songs has become a deserved classic.

Another tale of workaday misery alchemised into a dancefloor-packing Europe-wide number one. Maybe the delivery en français helped – Stromae’s existential cri de coeur goes down a lot easier this way, though the glum beat and those world-weary la-las are a giveaway.

Working for the Man – Roy Orbison

There’s a twist in the foot-tapping tale of Roy Orbison’s boss-loathing lament – much as he might hate the titular man in charge, his nefarious plans to one day top that ladder himself echo the dreams of a million overworked underdogs.

The Clash’s typically raging number rails against the lot of young would-be workers caught between a rock and an unemployment hard place, refusing to bow to the pressure to take any dead-end or morally rotten job shoved their way.

Working on the Highway – Bruce Springsteen

Speaking of the day’s end, mid-60s rockers The Vogues make it an epic, echoing wonderland, capturing all the bubbling energy and single-minded dreams that roar back into life in the freedom at the end of a hard day.


There is Power in a Union – Billy Bragg