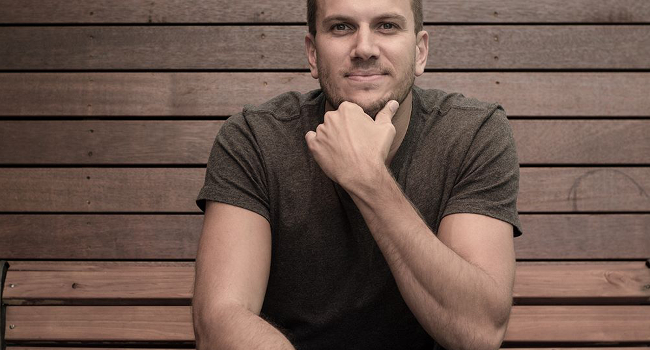 Swiss-born, Melbourne-based composer Ronnie Minder brings an electronic music background to bear on his emotive film scores. His tracks balance the drive and power of one discipline with the stirring sweep of the other, along with deftly blended instrumentation, to create a thrilling, evocative whole. We chose one such piece to accompany a recent high-octane Porsche Racing announcement.

I’ve been making music since I was a kid. I found a still-working old keyboard with only a few keys left in the garbage, and inspired by Wolfgang Petersen’s Neverending Story and Klaus Doldinger’s amazing score, I started working on my first melodies using that keyboard. When I got older I got into electronic music after I attended my first rave, and I spent ten years releasing dance music, signing my first record deal in 2001. Scoring films had always been my childhood dream and in late 2010 I decided it was time to do what I’d always wanted to do. I now score international feature films, feature documentaries and trailers.

I’m definitely a melody man. I remember sitting next to our jukebox a lot as a kid, listening to my mum’s record collection. I grew up listening to great composers such as Vangelis and Mike Oldfield. I’ve always been very melody-driven and I would like people to keep humming my melodies long after they’ve turned off the music. I love all varieties of film music and even though I’m a huge fan of composers such as Alan Silvestri, Mark Isham, James Horner and Hans Zimmer, I continuously try to come up with my own sound.

One of the reasons why I love film composing is that all it takes for me to get inspired is a picture. Let’s say if I see a picture of a whale, I instantly get ideas of how I could match music with that picture. Also, working with film makers is very addictive – I get inspired reading a script or having a chat with a film maker. I’m loving the challenge of bringing their ideas and visions to life.