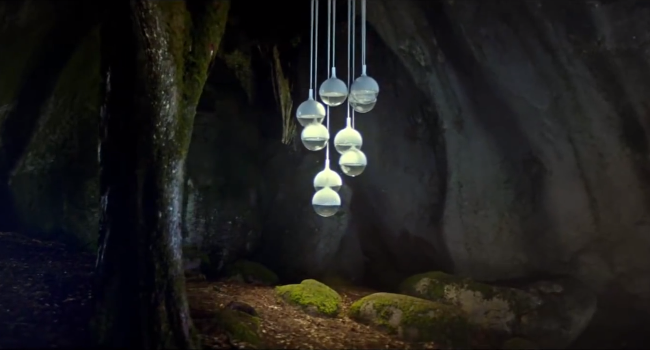 We’re continuing our analysis of the aural side of brand communication. With Brand Listener we examine how brands use music in their audiovisual advertising, and the impact it brings. Previously we’ve looked at smartphone behemoth Samsung. This time we turn the microscope (or should that be stethoscope?) on a different kind of giant: Swedish furniture sovereigns IKEA. The company have enjoyed regular watercooler success around the world with their charmingly off-kilter brand personality – take their September Malaysia and Singapore BookBook spot and its 13 million views – and this autumn celebrated 40 years of business in Germany (their biggest market).

We examined 44 ads in total, screened or uploaded between January 2013 and October 2014 and comprising television and online ads intended for the German, UK and American markets, as well as a selection of international IKEA ads created to appear on the brand’s international social media channels. A handful were created in previous years but rescreened or reuploaded, for example to coincide with Christmas.

Tracks were not repeated – in the case of campaigns sharing the same soundtrack, the longest or most-viewed ad was selected. Case studies, assembly tutorials, employee interviews, mission statement videos and recruitment spots were also excluded, with the exception of the recent “Motivational Mirror” spot running in the UK. 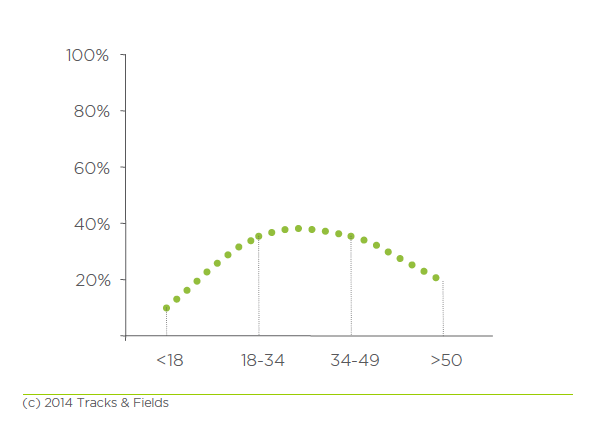 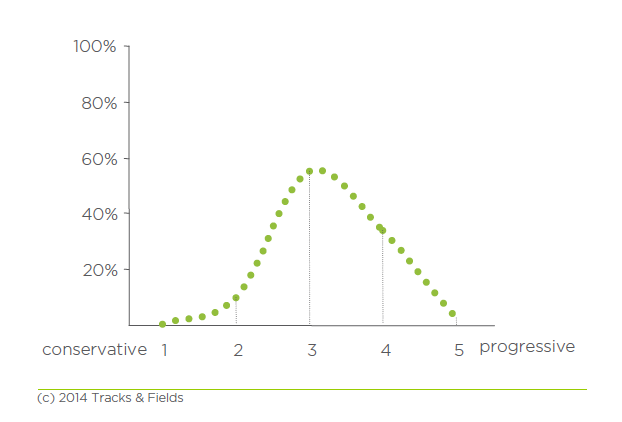 Overall, IKEA targets a reasonably wide age demographic, but seems to pitch particularly towards the 30s and 40s – a logical enough move given the age of first-time buyers in the UK, Germany and the US. Outside this key age range, consumers over 50 are targeted more keenly than consumers under 18.

The targeted audience were perceived as sitting mostly in the middle of the conservative/progressive spectrum, with a gentle skew towards more progressive values – this tends to match IKEA’s balancing of a rather open, “Scandinavian” brand personality with as wide a consumer base as possible.

Spots tend to sell IKEA as a brand slightly more than they focus on the benefits of specific products. There is also a slight skew towards the emotional benefits offered by IKEA’s products – an understandable balance, given the brand’s need to sway customers with the practical pluses of products such as under-bed storage, but also assure them that the use of such solutions will improve and enrich the most sacred of emotional spaces: the home.

IKEA’s music choices: the why

So let’s get down to it: why is music used in the average IKEA commercial? We took a look in the context of musicologist David Huron’s framework, and found that the spots assessed tended to utilise their soundtrack for three major purposes. Let’s first briefly examine the full framework.

The vast majority (nearly 86% of spots) used music to draw and hold audience attention. Close behind was the use of music to convey product characteristics, in IKEA’s case often a sense of ease, fun, approachability or comfort. In third place, identified in just over 57% of spots assessed, was the use of music to provide structure or continuity to an ad’s narrative.

Much less common was the use of lyrical language to convey a message (though this had a higher incidence among UK spots, as we will examine later). It was also somewhat rare to use music to establish authority – given IKEA’s rather wide potential customer base it is arguably not particularly necessary for the company to attract customers through use of highly targeted music.

Lowest of all, in fact present in none of the ads assessed, was the use of music to bolster the memorability of a product or the brand itself: although certain songs, such as Mara Carlyle’s ‘Pianni’, may be forever tied to IKEA in the public’s imagination thanks to their advertising campaigns, the company does not make use of jingles to cement its place in the consumer’s memory. A few of the more comedy-based American spots did utilise different short musical outros where a jingle would typically play.

IKEA’s music choices: the what

So what kind of music does IKEA choose to serve these purposes?

The overall music selection in ads examined was dominated by compositions rather than pre-existing songs, and instrumentals were considerably more popular than tracks featuring vocals, though the latter do make a reasonably strong showing, accompanying near to 40% of spots. 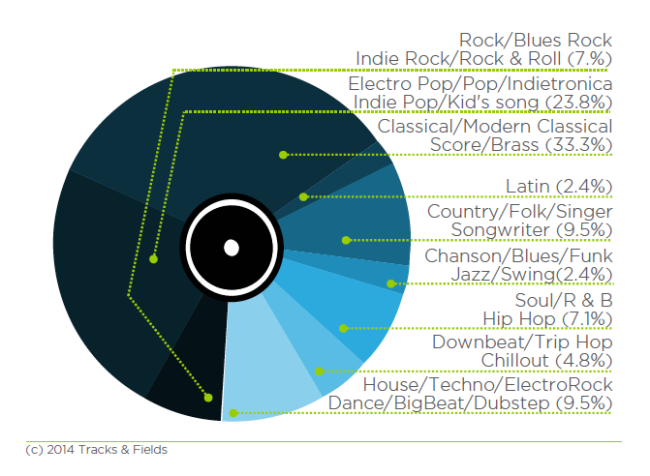 In terms of genre use, two clear winners emerged: Modern Classical and Score pieces came out ahead by a nose, seen (well, heard) in exactly a third of ads assessed, while fairly close behind was the Pop family, found in nearly 24% of spots. The rest comprised a reasonably even spread between genres. Electronic music and singer-songwriter or Folk style songs shared a 9.5% incidence, followed by Soul, R&B and Hip Hop and then by various styles of Rock. Less common choices were Chillout, Jazz and finally Latin tracks. 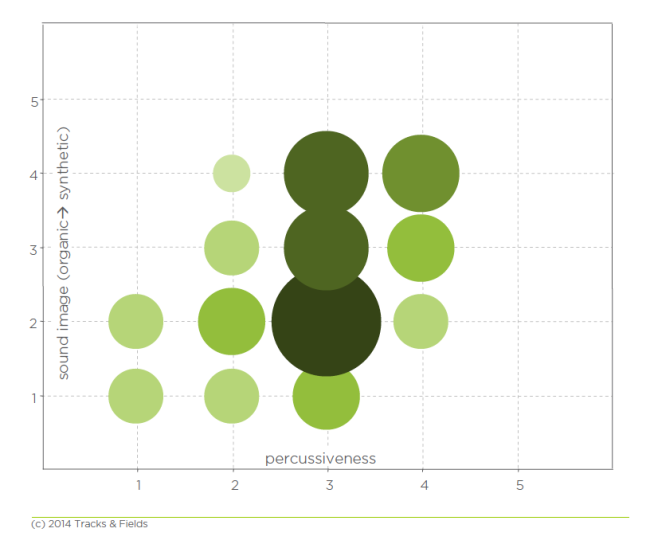 IKEA’s overall sound image tended towards a slightly more organic profile (though with
a quite healthy showing of synthetic instrumentation), generally using medium percussion to drive spots forward at a not-too-frantic, not-too-sedate pace. 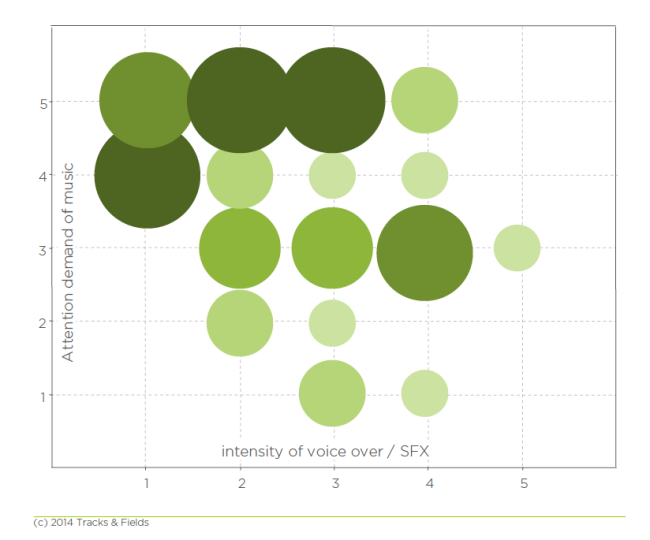 Commercials without music were rare, and the music that was used tended to command a high degree of attention – in many spots music more or less replaced the function of a voiceover. In spots where the music absolutely commanded the lion’s share of attention, there was often no voiceover, whereas in spots with a more front-and-centre voiceover music tended to draw more middling attention, or (very occasionally) not be present at all. Music tended to take centre stage more often than did voiceover. 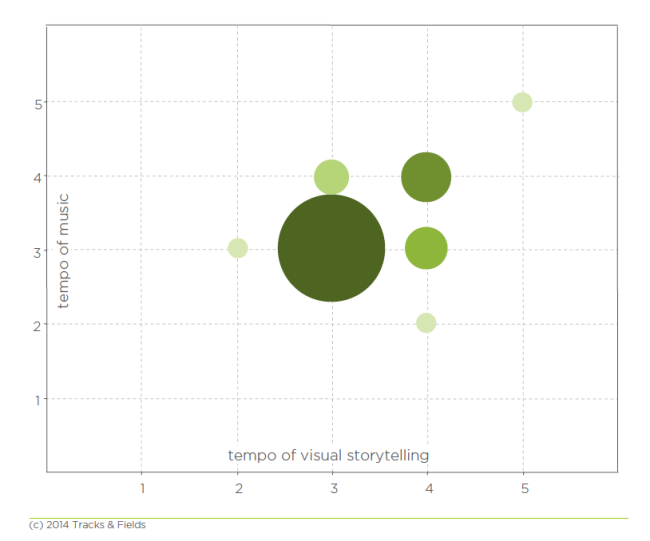 The general tempo of the editing and the music used to complement it matched rather closely, also sitting quite squarely in the middle – occasional deviations from this tended to be faster rather than slower. 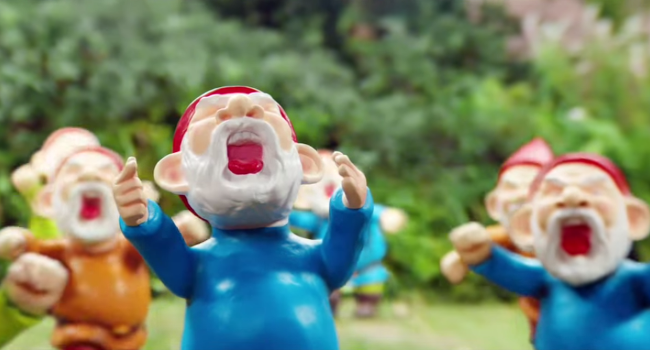 One of IKEA’s strengths is its ability to adapt to individual country markets without losing a sense of overall brand identity. It would be remiss to examine the total advertising aimed at these three countries without taking a brief look at the differing individual music habits of each nation.

Germany comprises IKEA’s largest customer base, with 48 outlets throughout the country and a further 20 planned.

At least in the last two years, IKEA Germany’s ads have been mainly pitched towards middle-demographic parents and families, presenting a warm and companionable brand image. This is reflected in their music – the great majority of songs accompanying IKEA Germany’s ads were compositions created for the piece, with a slight preference towards filmic score and modern classical pieces with light instrumentation, or breezy soul and reggae-influenced pieces.

Though they were smallest in number over this period, IKEA UK’s spots were richest in music – none of the UK ads went without a soundtrack, and the majority used synced songs rather than compositions. There was a greater preference towards the use of lyrical language to convey the spot’s message, often nearly or entirely replacing voiceover.

Within the period assessed there was a tendency towards covers of pop and rock songs, often in a style humorously distinct from the original release, as in the case of the Bee Gee’s Living Together or Mötley Crüe’s Time for Change. These covers were often specially commissioned, used to accompany a longer “music video” edit of the ad and promoted alongside the campaign as a single.

IKEA’s UK campaigns also utilised the music of somewhat non-mainstream indie musicians such as Menomena and Masters in France, and always make a point of mentioning the artists’ name on social media. IKEA UK seem to have recognised the potential of fostering consumer goodwill by supporting musicians, recognising the appeal of a company that is willing to champion lesser known artists, revive recognised songs and present its customers with excellent but somehow offbeat or unusual music.

IKEA occupies a somewhat different niche in the US market, where despite healthily increasing market penetration the company is less instantly recognised for its advertising style than in Europe. However, IKEA USA produced the largest number of ads assessed in this time period.

IKEA USA’s spots make much less pronounced use of music – in this time frame they were the only country to produce spots entirely without music. In ads featuring music no use was made of sync, in favour of almost entirely instrumental compositions – for example the reality TV-aping Time Travel Experiment, which presented its own comedic take on that genre’s music use.

IKEA’s international spots, created for online usage in multiple territories from Canada to Qatar, make heavy use of music to avoid the need for a voiceover. Among these spots there was a preference for pop and light electronica. There was a little sync used: for example, Tom Rosenthal’s ‘Quiet Zone.’

We’ll return soon with another musical dissection – let us know if there’s a particular brand you’d like us to inspect, and stay tuned!