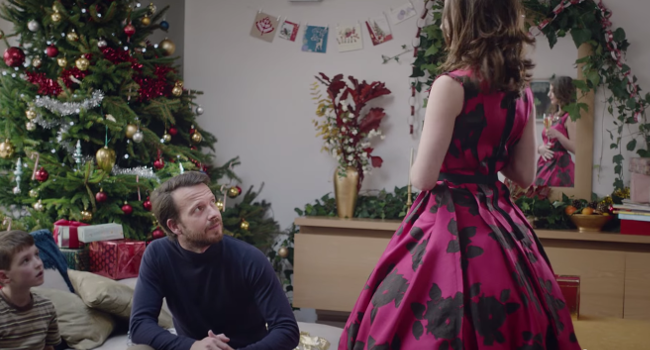 Ready or not, Christmas really is a-lurking around the corner, all set to ambush the airwaves. This morning’s release of the John Lewis ad (definite article essential) is most likely the sign to open the festive floodgates and unleash the the tinselly tide of holiday advertising. And Christmas ads mean one thing: Christmas carols. Don’t they?

Unruly Media’s cannily-timed share data review – it first appeared in January, but slipped back onto the radar yesterday – is a particularly handy rundown of the most-shared Christmas ads from last year’s festive season. To see full data, check out Campaign, The Drum or the full chart. We took a look at the selection to see what music soundtracked the most successful Yuletide spots – and while there are stalwarts aplenty, there are also a few surprises.

Decking the halls: carols and traditionals

Perhaps the most famous Christmas carol of all, at least in the US (though originally written for Thanksgiving – who knew?) was indeed inescapable in the top 20. Kmart’s unusual carol of the bells (ahem) utilises the immediately recogniseable tune, and the NBA opted for a similar but more pre-watershed idea with the same ditty.

The perennial Yuletide champ, Tchaikovsky’s ‘Dance of the Sugar Plum Fairy’, made a strong showing. It appeared – very fittingly – in Bailey’s ballet-based spot, and also in the warm and fuzzy poll-topper from Westjet, a case study positively swathed in festive strains.

Another multi-song special was Sainsbury’s crowd-sourced Christmas in a Day film, the short edit of which featured ‘Deck the Halls’, Jonah Lewie’s ‘Stop the Cavalry’ and Greg Lake’s ‘I Believe in Father Christmas’, alongside a multitude of subject-sung carols.

Cartier’s more swish take on Santa continued its tradition of repurposing spellbinding film score: after last year’s use of Danny Elfman’s Edward Scissorhands score, this ‘Winter’s Tale’ installment uses Alexandre Desplat’s ‘By The Canal With Pieter’, from 2003’s Girl with a Pearl Earring.

Three’s lightly tinselled-up version of their runaway (well, danceaway) star, the dancing Shetland pony, lashed some sleighbells into its original soundtrack, Fleetwood Mac’s ‘Everywhere’, and added a countrified take on ‘The 12 Days of Christmas’ for good measure. Among the more unusual but touching choices were Rod Stewart’s ‘Forever Young’ for Tesco‘s charting of a family’s Christmasses through the decades.

For the unashamed tear-jerkers, stripped-down cover versions were the weapon of choice. John Lewis is a foregone conclusion here, last year’s animated heartstring-tugger featuring Lily Allen’s take on Keane (this year does nothing to break the tradition, featuring Tom Odell’s emotive spin on John Lennon’s ‘Real Love’). Apple would later nab an Emmy for ‘Misunderstood‘, which accompanied its tale of an observant youth with Cat Power’s uncluttered version of ‘Have Yourself A Merry Little Christmas’.

Whether brands choose to have slightly twisted fun with a classic or drive a previously innocuous pop song to make you reach for the Kleenex, it’s clear that though tinkling bells and soaring choirs certainly help to set a yuletide mood, when it comes to top Christmas synch there’s no need to feel festively fenced in. We’re looking forward to unwrapping the rest of this year’s spots – let’s hope they’re all crackers!