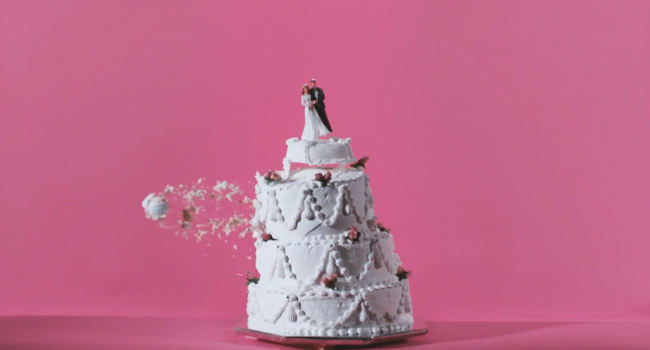 This week’s post-Halloween selection of spots is a rock-heavy lineup, whether it’s a country-tinged ballad to survive a family renunion, ramshackle indie for golfing adventures or amped-up anthemic rock to visit strange new graphical places.

Elsewhere, LeBron’s advertising domination continues apace, with comedy for Kia and sweeping civic pride (albeit for different cities) for Sprite and Nike. Plus there’s double the clever fun from Honda, which also serves as testament to the power of music and foley in setting the tone.

Anyone with a James Franco aversion should look away immediately. The urbane smugness is off the charts as he remains unruffled after a feat of “hold my beer” chivalry sees him plummet off a building – hark to the uncanny processing power of his gleaming Motorola Droid! Daft as it is, the spot has style, helped by the breezy, cheeky langour of Canada’s Bahamas (Afie Jurvanen to his friends). And you know, it does make that phone look pretty cool.

Song: All the Time in the World
Artist: Bahamas
Agency: McGarryBowen New York

To welcome Shanghai’s World Golf Championship, HSBC come over all Nike. And indeed the subject matter is pretty similar, albeit on a much wider scale: golf is thoroughly de-starched, with people of all ethnicities and ages taking a swing at the sport in various unlikely locales. It might be a reasonably well-worn concept, but the execution is about lively and rich enough in daft detail to charm sufficiently – note the golf cart straight out of a Robin Williams routine (nsfw language, naturally). The lolloping soundtrack (a lightly punky re-record of chaotic, now-elusive London outfit Schwab) supports the cheerfully dishevelled attitude.

A young woman grits her teeth and navigates the trials – awkward questions about just what you’re doing with your life, infuriating siblings, the tide of babies and small children – of holiday homecoming as a semi-adult. Sofia Coppola’s rather charming series for Gap captures some home truths about family gatherings, with a reassuring tagline – you can’t choose your family, but you can choose to enjoy their weirdness. The music is on point: Johnny Cash’s ‘I Got Stripes’ both expresses tongue-in-cheek self-pity and matches that Gap-hued woolly jumper. The whole slickly-soundtracked series is worth a watch: Mistletoe covers awkward passes, Crooner inexplicable karaoke choices, and Pinball Gap’s take on the Manic Pixie Dream Girl.

Eyeliner-smeared LA band Dorothy are shoved front and centre in Skullcandy’s latest basketball-star spot, making for a more hard-rock time than you (and, apparently, James Harden himself) may have expected. The zine-flavoured graphics and Harden’s somewhat dopey lead turn may not be to everyone’s taste, but the fuzzed-out, tough-thumping all-American soundtrack has undeniable Amazonian swagger.