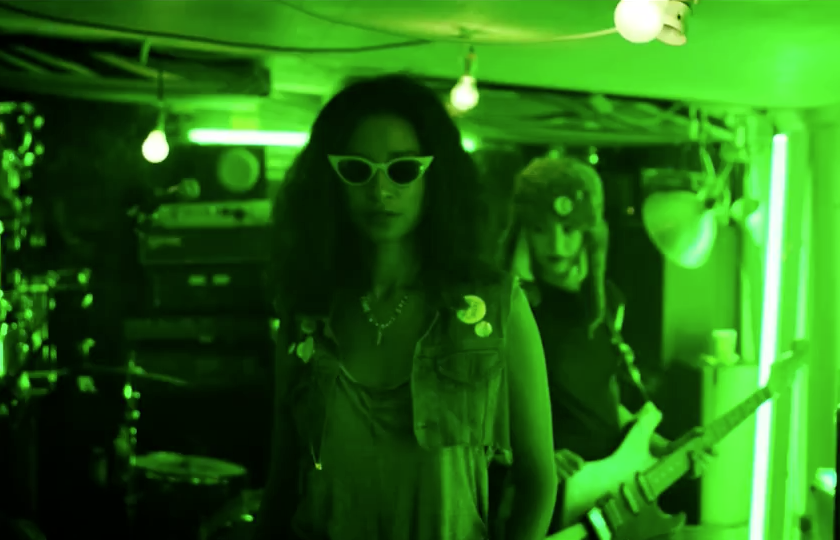 The bloom is definitely on the rose this week – the stars of this batch of good synch are a callow lot, with correspondingly energetic spots given gravitas by not one but two voices familiar to HBO addicts.
It’s not all youth out there though, as some particularly moving spots appeared from opposite hemispheres to remind us of our legacies – South Africans of all ages joined hands to protect something unique, and a nonagenarian wonder took to the skies for a good cause.

The trials of the musician’s road to notoriety are well-mythologised, but they can still make for photogenic misery. To promote its patronage of young Irish bands in a series of autumn gigs, Guinness does a rather handsome job of painting both the trudging hassle and the compulsion to soldier on, aided by actor Liam Cunningham’s growling voiceover and expressed in the seductive, uncanny post-rock drone of centre-stage young fivesome Parlour (ironically based in London).

Under Armour clothe a star once again, but this time they take a break from busting stifling perceptions with a more laidback setup – a breezy and rather wholesome night out with Detroit Pistons point guard Brandon Jennings. So laidback, in fact, that the soundtrack gives the spot most of its pace – the gospel-flavoured bounce and bluesy vocal of Cardiff trio Until the Ribbon Breaks keep things jiving.

Song: A Taste of Silver
Artist: Until the Ribbon Breaks

Though helmed by the same director, BNP Paribas’s next Life Moves Forward installment is less bittersweet than the first – the bright-eyed and bushy-tailed protagonist gets a bit more time to stop and smell the roses before he’s pulled (very literally) through a more Gondry-esque take on life’s rich pageant. A fittingly ramshackle ditty from Half Japanese is expunged of most of its breakup bitterness in a carefully-timed usage that preserves the lolloping good cheer of the instrumentation and also turns up some handy lyrics.

Activision’s new release would seem to have proven no slouch in terms of pre-orders, and this all-out trailer’s eight million views can’t have hurt. It’s a masterclass in production, hovering on an uncanny line of live action visuals clean enough to be CG (we live in strange times). Script-wise it’s heavy on Firefly-flavoured wise-cracking and good old alien-zapping derring-do, bolstered by actor Peter Dinklage’s voice work. The hard rock anthem sets the tone, and if Youtube comments are anything to go by, might even be introducing the Zep to a whole new base of teens.