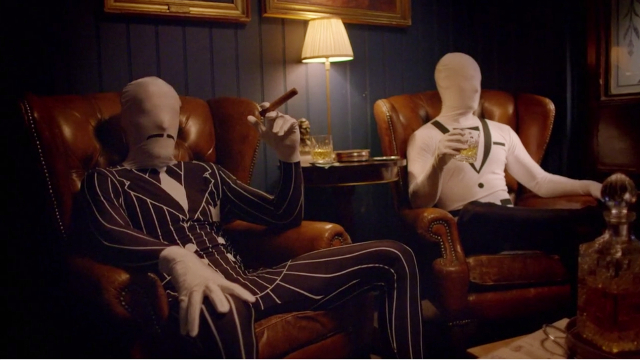 It’s been a rough week around the world, and we’ve done our best to gather a few smiles from around the web. Happily, there’s no shortage of them from the best-synched ads out there, with sun-soaked mash-ups buoying slow-rolling city slickers, off-kilter rock for big bad she-wolves and carioca funk egging on slightly creepy Spanxed-clad antics.

Continuing their vignette-led campaign, Levi’s present a range of varyingly likeable spokespeople swathed in varyingly worn denim as they do their daily thing. Most winsome is LA singer-songwriter Hanni el Khatib’s bluesy charm, which keeps things bouncing along in (snug-)fitting style through each handsomely lit locale.

Apple’s in-house produced ‘Your Verse’ campaign continues, this time without its now-heartbreaking borrowed narration. The efforts of activist Jason Hall have made his weekly Slow Roll bike ride a huge community-boosting Detroit success. In a similarly unlikely combination, Nashville producer and all-round magician’s project Yasiin Gaye couples the disparate charms of Mos Def and Marvin Gaye to unexpectedly glorious effect, in this case also adding a generous helping of the Temptations (aptly for Detroit). It’s sunny, soulful and brings a hefty dose of the urbane to the urban, the perfect partner for the gently-paced event and mellow mastermind front and centre here. The campaign’s Yaoband spot is also Stomping good fun.

To honour something silly, Southern Comfort created something singular – the first female character to join its hallowed Comfortable ranks is more than equal to her stablemates. The ostensible schtick here – mature woman as predator – could have been nails on a blackboard in less capable hands, but this particular dame is self-assured enough to bring something entirely enjoyable to the well-draped table: the only nails here are so outré they’re unassailable, and make for an unexpectedly satisfying gag.

Similarly ace is the accompaniment: songwriter and sometime rapper Bushwalla unites with blues-rock powerhouse Sallie Ford to conjure a Jace Everett-tinted, Southernly something out of bad wolf ballad Red Hiding Hood (originally by Sam the Sham & the Pharoahs, of Woolly Bully fame). Alongside Appleton Estate’s loveletter to Jamaica, this is a solid week for drink spots.

Give a man a mask, and he’ll tell you the truth – give a man a morphsuit, and he’ll show you a truly weird time. Such seems to be the message of this hyperactive, deliciously day-glo spot for the often unsettling costumes, demonic star of Comic-Con rampages and Halloween frat horrors alike. Potty-mouthed Brazilian electropop loons Bonde do Role provide the filthy bouncing beats. The intensely inappropriate schoolyard lyrics are perhaps not entirely out of keeping with the Deadpool vibe (no doubt he’s actually in here somewhere) – apologies to passing Portuguese speakers.