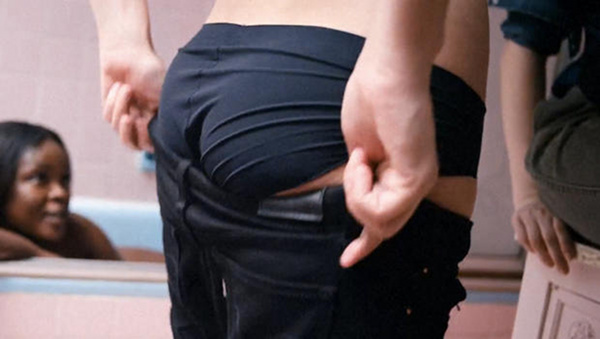 As the world returns to even-keeled summer serenity, this week’s best examples of advertising sync include a thrilling World Cup retrospective as well as an unusually high quantity of well-worn denim, and denim well-worn.

Adidas relive the most electrifying moments of the World Cup in rough-cut, Rotoscoped animated style, propelled and illustrated by the the driving, buzzing grime bassline and chest-pounding, Amazonian lyrics of Jareth’s The Feeling. This is a supercut truly hoisted to another level of elation by its music – a slightly unlikely match on paper, but exhilarating onscreen.

Jamie N Commons, the unseen star of Beats’s runaway success World Cup ad, continues his sync success with Levi’s freewheeling new spot, featuring Levi owners of all cuts, colours and vintages giving their jeans the rollicking life the company reckons they deserve. The lyrics might not be all sun, but there’s no resisting that bounding rhythm.

Suzuki – You Really Must See It

Screaming Jay Hawkins sees plenty of action in commercials, but for good reason. Here his wacko wailing and comedic malevolence perfectly complements a distinctly British aura of befuddled suspicion and sense of gently slapstick destiny, as a series of near misses shuffle an unwitting chap inexorably towards preordained love (of a kind.)

Song: I Put A Spell On You
Artist: Screaming Jay Hawkins

Ballet and jeans are an unlikely combination, but rather than going for the comedy or extreme product demo route this spot creates an intimate and understated show of skill. The dreamy, driving warmth of Kindness both paces the project and wraps it in a serene and meditative aura.