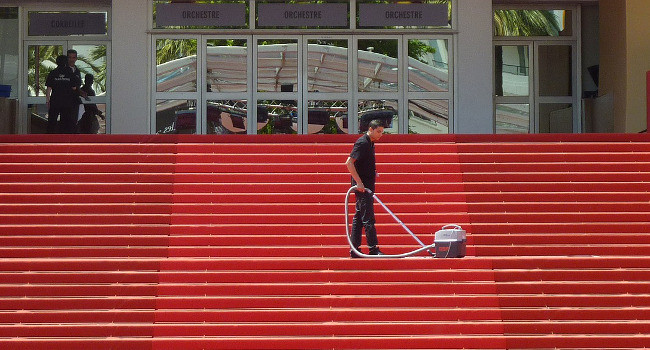 As the Riviera gets back to regularly scheduled business, the advertising world has more or less recovered after a week of rosé. We were thrilled to see so many of our favourites among the Cannes Lions winners, and that the ranks of happy trophy-bearers include several brands we teamed up with this year – let’s lift a last verre to three fine projects!

A year that’s seen huge jumps forward in LGBT rights also throws into sharp relief the plight of those living in countries where non-heterosexuality is still publicly marginalized, persecuted or criminalized. The LGBTAvatars initiative allowed LGBT members of these states to do the seemingly impossible: safely join a gay pride parade. Through an encrypted mobile channel, they were represented at Prague’s Pride festival by volunteer revellers who passed on their messages and sent back footage of the festival in real time.


We were proud to be able to provide our own support by licensing music for the project’s series of videos, already gilded at the ADC Awards.

The campaign scooped a well-deserved silver for Mobile Messaging in the Mobile category, and also picked up a bronze for Use of Mobile Devices in the Media category. This moving case study film, narrated by Sir Ian McKellan, was powered on by Audiomachine’s ‘Above and Beyond’ (RAC remix).

A campaign from closer to home, Deutsche Telekom’s WiFi Dogs, also received well-merited Cannes nods – José and his questionably trained, WiFi-sniffing mutts were one of the funniest projects we’ve supported this year, finding music to make their case study films crackle. The sharp campaign collected Bronze in the Cyber and Branded Content and Entertainment categories, and has also picked up gongs at Eurobest and the D&AD Awards.

And that’s not all for the week’s victories! The first place Young Directors Award in the Web Film category was awarded to Andreas Bruns for his emotional film for Harley Davidson, ‘Inner Child’, which was granted extra electronica-flecked sweep and impact by Elegy Music.