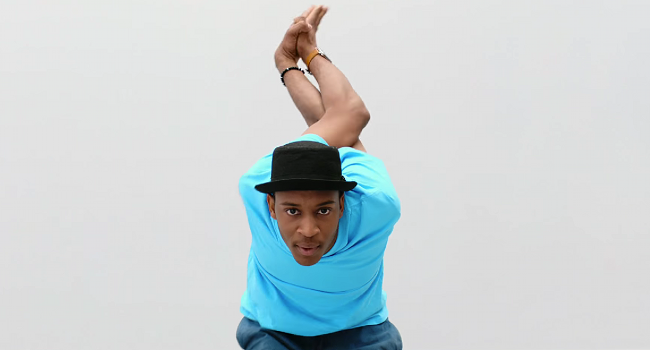 We hope you all had a top-notch Easter! Our Pascal offering is a clutch of tasty recent ad music from around the world, heavy on the 70s: both rabble-rousing punk rock and soothing percussive confections get a bite of the egg.

First, a quick look at the goodies recently stashed throughout the ad world at large, Eastery and otherwise. O.P.I., while not referencing the holiday, served as an excellent inspiration for more fashionable egg-dying. Download Festival went sweet with their hard-rocking chicks, while Marks and Spencers walked away with Most Mouthwatering for the chocolate installment of their “Adventures in…” campaign. It remains unclear who consumed UKTV’s slightly more disturbing chocolate offering: a lifesize, exhaustively moulded chocolate figure of Benedict Cumberbatch.

Ricky Gervais took the meta celebrity endorsement to new heights of indifference for Optus, while Strongbow put Patrick Stewart not quite front and centre. For a restoration of warmth, try Knorr or the gay sweater project. FourCreative have also gone a rather softer and gentler route for the Crabbie’s Grand National compared to last year, with an animated tale of a black sheep (so to speak) finding his place among his pastel-hued winged peers. Canalset, meanwhile, make sterling use of the escalating hype about Game of Thrones series five.

Artist and animation pair McBess and Simon created a striking throwback to a more literally black and white take on counterculture: a discontented, buttoned-down pencil-pusher breaks free from his fellow corporate drones to chase the open road, with the aid of some decidedly unsquare shades. City Kink provide the lyrical message with a hard-rocking, bass-driven sneer.

This is a much more peaceful take on the usual dramatic irony-laden chronicle of the fate of lost specs, devoid both of panicked house-upending and of sickening underfoot crunches. Instead we get a rather charming trip around the world (and into space) as we follow their unexpected trajectories. Key to the easeful atmosphere is the ringing loveliness of Cults Percussion Ensemble, a 1970s Scottish oddity: a collection of schoolgirls gathered from the Aberdeenshire countryside by a percussion teacher, who led them on to create a single and singular LP of xylophone and marimba-led loveliness.

Geico – It’s What You Do: Free Range Chicken

This might be the most charming (or at least most restful) product of GEICO’s “It’s what you do” stable, offering a more tender tone than generally found in their wheelhouse or in the treatment of adland chickens in general. A lot of that gentle tone is down to Roy Orbison’s wistful yet lovely “Ride Away”.

Tom Odell, whom you might remember from previous heartstring-tuggers, soundtracks another British emotional rollercoaster, this time charting the ups and downs of self-driven further education. It’s perhaps an unusual choice for the OU’s ultimately triumphant and inclusive message given the lyrics’ chequered level of positivity, but in context it both preaches an oblique message of unsuspected self-reliance and matches the plucky protagonists’ struggles, to evoke a tone that rings quite true.

Taco Bell is unlikely to be accused of putting too fine a point on its breakfast-based short: everything about the drab dystopia, from the propaganda scripting to the clown-faced overlords, is painted in extremely broad, Golden Arch-baiting strokes. But who needs subtlety when you’ve got fun like this: at the halfway mark, our moody model pair of rebels make a pouty break for it, a beautifully familiar “Hey! Ho! Let’s go!” rings out, and the Ramones’ debut single takes over. It’s a fairly daft level of drama over fastfood breakfast, but there’s no resisting the punk joy of it all.

Android – Wear What You Want: Party On

With its crisp light backdrops, this SXSW spot could almost be seen as Android’s nose-thumbing answer to Apple’s traditional ad style. It chooses a bright multitude of people over one sleek product to fill that canvas: a bouncily diverse cast of dancers pop, bop and contort gleefully together and solo, while the elastic beat and distinctive countertenor delivery of Las Vegas chameleon Shamir’s ‘On the Regular’ backs up the cheerful individualist energy.