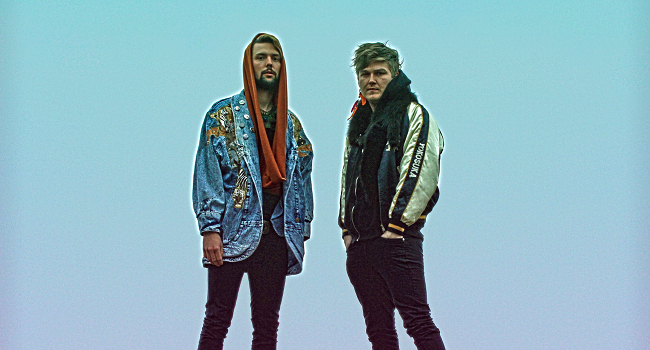 At Tracks & Fields we like to highlight both sides of the sync process – we feel our member artists should have the chance to explain their music in their own words. LCTRISC is the musical moniker of Swedish indie pop duo Adam Jonsson and Oskar Linnaeus. The pair’s fizzing electro energy on ‘Here Comes the Wizard’, their twelfth single, made it the perfect complement for Skoda’s cheeky, vivid Fabia campaign. Keep up with them on Facebook as they release new singles!

We’ve been making music as LCTRISC for five years. First we were roommates, sharing an apartment in Borlänge while studying music at Boomtown Music Education. It didn’t take long before we were writing songs together and became good friends. We signed with Despotz Records in 2010 and released our first single ‘Last Kiss’. ‘Here Comes The Wizard’ is our twelfth single.

Indie/synthpop influenced by all sorts of stuff – MGMT, Empire Of The Sun, Ratatat, Gorillaz…

Inspiration comes from just playing around making what we love, music!

How did you hear about Tracks & Fields, and for how long have
you been a member?

Our label, Despotz Records, has been a member for a few years.