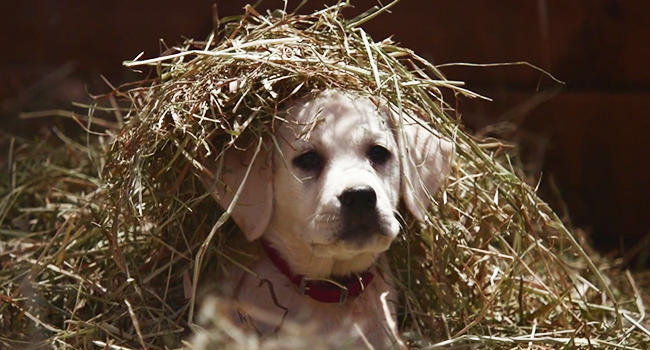 Super Bowl 2015 broke plenty of Seattleite hearts, but at least there were a few treats among the equally surprising commercial lineup. Perhaps less music-led than last year, there were nonetheless some intriguing song uses among this year’s super bowl commercial music – let’s unpack this year’s beats and see who made the best use of their $4.5 million slot.

Outside music, in our eyes the stars of the celebrity lineup were Danny Trejo for Snickers (also bestowed with the Super Clio Super Bowl prize), Lindsay Lohan for esurance and Liam Neeson for Clash of Clans. Most subtle brand placement was undoubtedly Jeff Bridges for Squarespace, while left-fielder Mophie had by far the most eye-boggling production (and a fun payoff).

Why fix what ain’t broken? Budweiser gambled on the power of puppies again this year (23 million views and top slot on Unruly’s sharing stats would seem to prove them right.) For extra heartstring-tugging power, Anomaly went the stripped down and emotional cover route: Sleeping At Last, the indie rock moniker of Illinois’ Ryan O’Neal (no relation, we presume), provided a gentle take on The Proclaimers’ jolly 500 Miles. This particular blend might be a touch sweet for some palates, but even if puppies leave you cold there’s a lovely Clydesdale gallop at the song’s crest that really is quite satisfying.

Turbotax got enjoyably daft with a revised take on the Boston Tea Party, with general helpings of supercilious Brits, rough-and-ready Bostonians and general period dress chaos. The best treat is the use of Bob Dylan’s ‘The Man In Me’ as everybody chills out, a gorgeously relaxed song with even more relaxed associations, and neatly complementing a certain iconic cameo on the Delaware River.

Jeep expanded an initally all-American classic to a more global panorama. The editing is such that the lyrics (written by Woody Guthrie, whose original leftist message is often forgotten) in fact mesh perfectly with the locale at hand – though that hasn’t prevented somg degree of kneejerk Youtube confusion, also kindled by the admitted similarities to the My Morning Jacket-led North Face spot from the autumn). All quibbles aside, there’s an undeniable grandeur to the slow-burn song production and rich, sweeping landscape shots. Nashville singer-songwriter Marc Scibilia enjoyed the distinction of most-Shazamed song of the night, and the spot is currently the 16th most-shared ad on Unruly’s 24-hour chart.

Song: This Land Is Your Land
Artist: Marc Scibilia

The Dew’s energy drink offshoot was celebrated in an utterly bananas, suitably caffeinated extended spot, reminiscent of a more rhythmic, less terrifying Evil Dead II. It’s thoroughly bizarre and definitely on the long side, but the airhorn-flecked grind of A-Trak with Milo & Otis is an undoubtedly perfect fit for a seeming involuntary madcap dance-off. Currently No. 8 most-shared ad over the last 24 hours on Unruly’s chart.

It’s the silky sync that does the heavy lifting here. Though the sultry visuals are very much par for the scantily-clad course, Brenda Lee’s mid-century smoulder adds style and relaxed allure.

Song: I’m In The Mood For Love
Artist: Brenda Lee

Another spot released more than a week before the game, Reebok’s salute to suicidally dedicated sportsmen and women starts at humblebrag and sheds the humble along the way, but it is pretty inspiring in an intimidatingly sinewy way. A vocal-free version of Woodkid’s ‘Run Boy Run’ adds a propulsive percussion as backdrop to the onscreen feats. Currently no. 6 most-shared ad over the last 24 hours by Unruly’s reckoning.