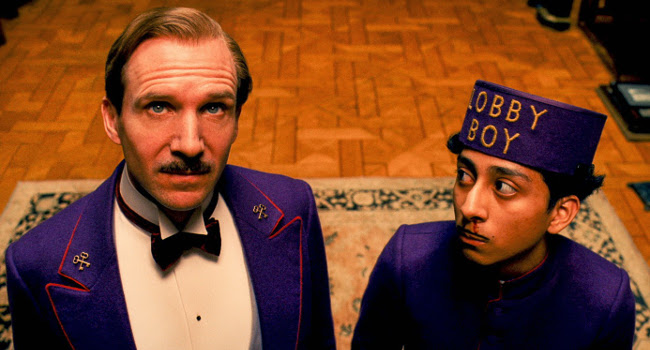 The Oscars are creeping ever closer, and the nominations have had plenty of time to sink in: we’re thrilled to see some of our favourite film scores of the year up for the gong. That said, we reckoned the list lacked a few gems – we assessed the nominees, and looked back to catalogue some of our favourite scores and soundtracks the Academy cruelly overlooked. Did we miss anything ourselves? Let us know! 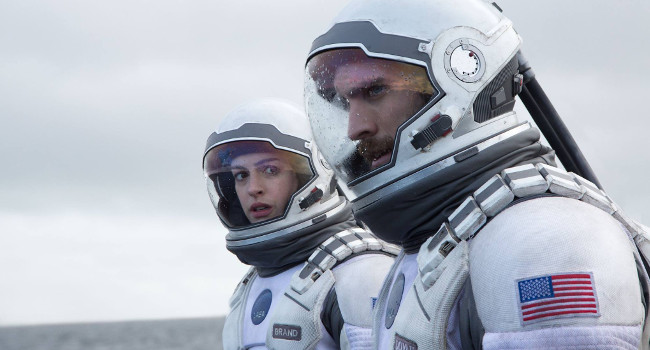 This year is a good balance between veteran and newcomer – Hans Zimmer is enjoying his ninth nomination for Interstellar, while Mike Leigh collaborator Gary Yershon has only four features to his name as a composer.

Jóhann Jóhannsson‘s delicately emotive score for The Theory of Everything, a minimal and short-cued yet lushly romantic work led by pared-down keys and delicate strings with swells of harp and music-box magic, bears the film through joy and tragedy with courage and has won him well-deserved plaudits including the Golden Globe earlier this month. A relative newcomer to film score, Gary Yershon has swiftly proved himself a powerhouse. In this second collaboration with Mike Leigh for Mr. Turner he reflects and sometimes offsets Timothy’s eccentric, gruff artist with often unsettling musical sweeps – pained clarinet, frantic strings during a sputumy, primal painting sessions, menacing tuba. It’s a remarkable work, though by no means the most crowd-pleasing of the nominations.

Alexandre Desplat has had a banner year, scoring no fewer than five films in the last 12 months, and earning nominations for two vastly different works in the Academy score category. Composed, recorded and mixed in an impossible-sounding three weeks, the score for The Imitation Game is piano-led and lovely, moments of ethereal tension and a frequent return to a relentless, yet delicate percussion. His second nomination is for a very different beast: the highly mannered mishmash of The Grand Budapest Hotel. This score is appropriately all over the map – Desplat brings a jaunty, propulsive and somehow bracing tweeness to a sonic palette that wanders blithely from the Urals to the Massif Central. Hammered zithers, balalaikas, crisp yodelling, organs, rather Slavic choirs and thundering timpani all find their place here with inflections of jazz, oompah and whatever you’re having yourself, generally in quite short cues fitting to the staccato briskness of the direction’s cuckoo-clock strictures. Though again not for every ear, it’s oddly charming, and indeed nice to see a work of virtuoso battiness make it into the shortlist.

After the comparative mildness of, say, his 12 Years A Slave work, Hans Zimmer brought back the muscle in earnest for Interstellar, embracing something of Philip Glass and Max Richter in a thrilling, immersive soundscape steeped in Richard Sayer’s glorious pipe organ to evoke both the visceral terrors, emotional trials and majestic, celestial peace of space (and time) travel. It just might be our favourite, and it’s certainly our favourite to win (though Jóhannsson looks fit for the challenge.)

The Non-Nominees – a little love for the left-fielders

That’s the trouble with award shows: space for only five nominees leaves room for a lot of disappointment. We have the luxury of waxing a little more long-winded with our favourites – and, of course, also including the very best film soundtracks and televsion sync from a fruitful year. As ever, here in Germany we’re victims of the international release calendar to some degree, but we gave it our best! 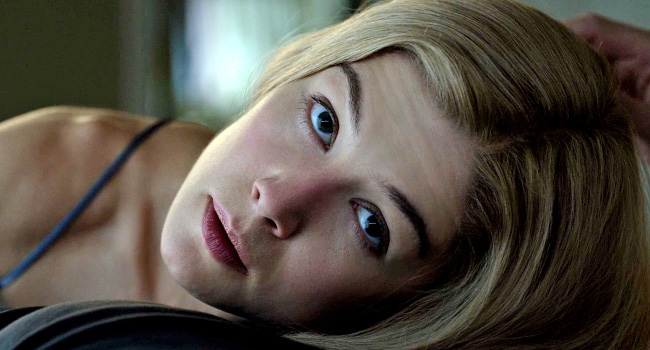 Our Other Favourite Film Scores

Their collaboration with David Fincher showing no sign of stagnation, Atticus Rose and Trent Reznor conjured an eerie ambient soundscape for Gillian Flynn’s wonderfully nasty anti-romance. The main sound palette is as unsettlingly perfect, enigmatic and duplicitous as its lady lead – spa relaxation muzak was an apparent inspiration – with glistening lashings of the uncanny and suffocating, seams of something menacing creeping beneath the pristine carapace: pulsating percussion, louring synth.

Right from its Exorcist-­styled title card, Adam Wingard and Simon Barrett’s The Guest wore its retro loyalties on its stylish sleeve as a full­-tilt, enjoyably unhinged slice of throwback genre fun with some nicely conjured atmosphere, and that certainly held true for the score and soundtrack. Composer Steve Moore crafted a groovier, dry­-ice-­wafting take on John Carpenter’s evil synth palette, bolstered by the pulsating likes of Perturbator.

The 2015 nominee list’s well-publicised lack of female talent was particularly glaring in a few areas, and score was just one. Singer and first-time score composer Mica Levi created something eerie and singular for Jonathan Glazer’s arresting third feature, a near-relentless, claustrophobic wall of noise at once industrial in its sound profile and oddly organic in its pulsating, breathlike rhythms: a humming Mothership dread not soon forgotten. 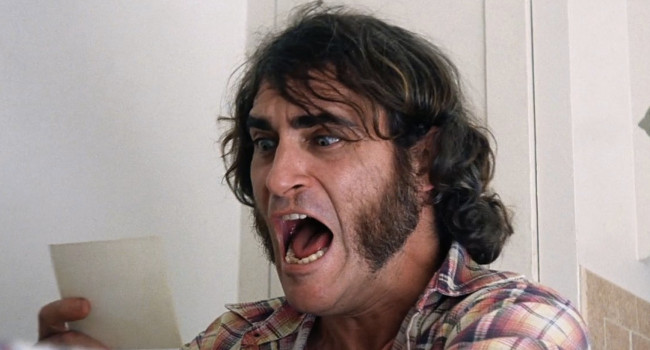 Irish director Lenny Abrahamson created a magpie’s nest of an indie film, combining the tone of Jon Ronson’s memoir and the papier mache head of offbeat entertainer Frank Sidebottom with energetic musings about ambition and the line between creativity and mental illness in a tale of an obscurist oddball band and an ambitious interloper who will either “make” or undo them. The songs are studiously weird but weirdly lovely: Captain Beefheart and Zappa marinated in Daniel Johnston via Sunset Rubdown, stewing in overdrive, festooned with roiling theremin, unsteady on their time signatures and shot through with the bizarre imagery of Frank’s lyrics. Michael Fassbender is just right under that head.

While the self-­consciously cool langour of the narrative may not be to everyone’s taste, there’s no denying the overdrive-­soaked style of both the music. Jarmusch’s own band Sqürl (he does lose karma points for the praise he has the film’s script heap on his music) laid down a satiny bed of gloomy feedback, adorned with mandolin plucks, to marry two excellent branches of slow­burn rock: sensual North African (Kasbah Rocker’s ‘Harissa’, Yasmine Hamdan’s ‘Hal’) and rockabilly and soul (Madeline Follin’s cover of Wanda Jackson’s elegantly scratchy Funnel of Love, Charlie Feathers’ ‘Can’t Hardly Stand It’.)

Jonny Greenwood’s score was somewhat removed from the atonal string terrors of There Will Be Blood and troubled mid­century woodwind of The Master, though that queasy clarinet does peer through the shutters regularly. This is as pleasantly all over the place as its protagonist, meandering from sunny yet unsettled psychedelia, to tense, mixed­up orchestral, softer paranoiac strings and mischievous theremin and marimba flecked, in one particularly fraught crest, with electronic menace. The sync choices, however, deliver the most fun. Journeying from krautrock progenitors Can’s disconsolate shuffler ‘Vitamin C’, Kyu Sakamoto’s impossibly blithe ‘Sukiyaki’ and the sweet freak­out exotica of Les Baxter, via lashings of Neil Young to the perfect credits song: Chuck Jackson’s bittersweet ‘Any Day Now’. 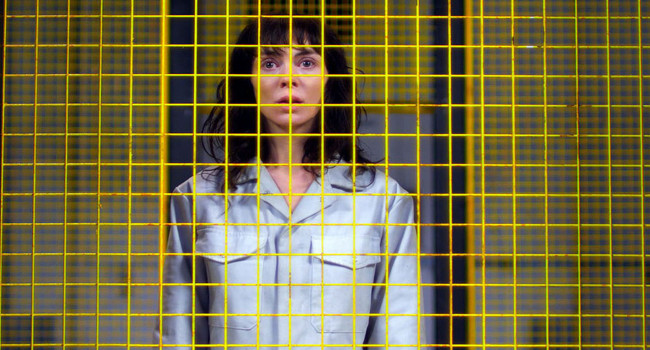 You can’t stage a televisual renaissance without fantastic music. The soundtrack to many television shows from both sides of the pond has been a key reflector of and indeed factor in TV’s continued image makeover – let’s check out some of the past year’s gems. 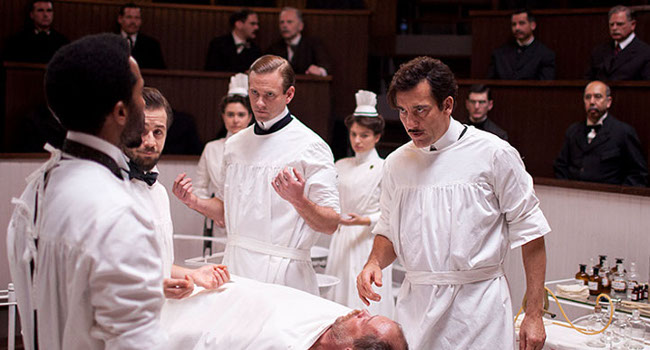 Pairing a drama series set in 1900 an electronic score penned by longtime collaborator Cliff Martinez might seem like directorial showboating on Stephen Soderbergh’s part. In practice the music, pristine and arresting, imbues the Edwardian New York setting with a vital immediacy and by times both racks up and offers respite from the medical, personal and societal brutalities onscreen.

The high­build opening theme sets the tone for the emotional ringer in store for the series’ grieving characters, but ultimately it’s Max Richter’s minimalist touch that wrests the maximum impact from string, organ, keys and choir, notes often drifting away just as that 2% of the world’s population stepped off the map.

Building on the haunted halls of Series One, and continuing to create what feels like a genre all its own, (ambient scores’s twisted, Molotov cocktail cousin, perhaps) Chilean-­born composer Cristobal Tapia de Veer bestowed the same sense of twitchy-­eyed, fuzzed-­out digital age mania on the second installment of the Channel 4 series. This helping was perhaps a little more 8-­bit and organ­-filled, flirting with autoharp and other new touches alongside the same suffocated, pitch-­shifting vocal samples and fractured glitchiness. Mischievous and menacing. 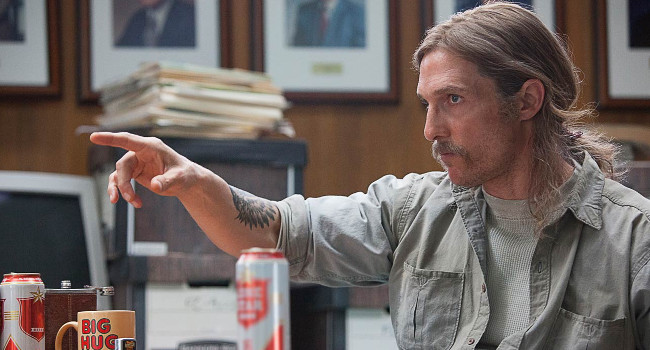 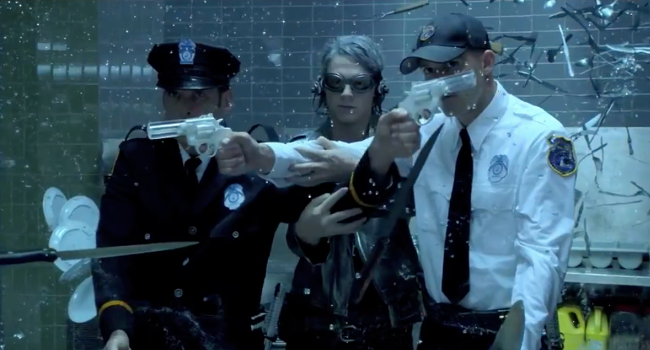 There were certain cinematic moments where music and image just clicked to create something gorgeous, even if the overall score and soundtrack didn’t necessarily make it to the top of our league table. Somehow, this year turned out rather action heavy – no regrets. We can only recommend, of course, that you watch these scenes in their full context, but if you’ve already soaked them up and want a quick refresher as to what made them shine, read on.

Surely the most glorious cinematic usage of Shirley & Co.’s ‘Shame Shame Shame’, Dominic West’s dancefloor inferno is pure joy and gorgeously on-the-nose as he twirls and entertains a flock of delighted and disbelieving woman, showing the lead-footed mining men just what they’ve been missing with their pint-hugging ways.

Guardians of the Galaxy – Introduction to Starlord

Far and away the most soundtrack-driven of the Marvel franchise, and up there for the most soundtrack-driven of the year (it is a pretty awesome mix), Guardians was full of satisfying and silly music moments. For us, there were two real standouts: Chris Pratt’s opening bop to Redbone’s ‘Come And Get Your Love’ – a study in goofy-cool entrances that sets the irreverent 70s tone from the off – and that nice hallway strut to The Runaways’ Cherry Bomb.

While Desplat’s score was good fun, there was one music moment that stuck particularly in the mind. The freefall jump that Brody and his fellow soldiers take may have been the film’s major selling point, appearing on the poster and in the trailer, but it does capture the imagination in a clawlike vice. A freefall of several thousand feet from a military aeroplane glinting the last of the day’s light into the uncanny, flare-lit darkness of a thunderstorm in which lurks the King of the Monsters himself as well as various other nasties, it’s lifted to properly goosebump-inducing altitude by the Kyrie section of Ligeti’s horrifying ‘Requiem’ and is ultimately, at least on the big screen, pretty heart-pounding.

Speaking of heart rate, this had to be the year’s Fitbit-blowing pinnacle. We won’t go too heavy on the details, but suffice it to say that the stakes are high and the centrifugal force is higher. The sequence plays out as a testament to Christopher Nolan’s and Hans Zimmer’s grasp of the truly cinematic – when they’re on, they’re blistering – fired and sustained by the ferocious, long-building metronome percussion and fall-on-your-knees organ of ‘No Time For Caution’.

X-men: Days of Future Past

Though the chrononaut plot may not have held quite enough water on close inspection, there was one time-bending sequence that no-one could complain about: that Quicksilver scene. Zippy, impressively done and just plain fun, the use of Jim Croce’s poignant and yearning ‘Time In A Bottle‘ elevates it to something gorgeous, and yes, pretty damn funny.