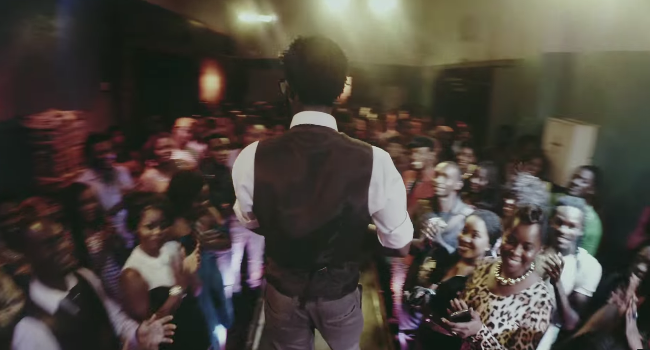 This week, our favourite ads make for another dose of colour and motion – verdant hillsides, flashy tabletops, smoke bombs, bright night lights – layered for the most part over pounding drumbeats which herald everything from an elemental giant to a surprising good-time snack.

No doubt conscious that the name Ryvita might not immediately conjure images of lively deliciousness to mind, this spirited spot calls in three big guns: an electric, pared-back colour palette, stop-motion and (most potent of all) Harry Belafonte. The toe-tapping calypso hit, best known from Beetlejuice (spoilers!), is shorn of admiring descriptions of the titular Señora’s moves (you’ll find them in the Thins spot) but keeps its thundering drums and vivacious brass. Props also to Factory’s use of the crispbread’s biggest charm: that satisfying crunch.

Smirnoff Ghana – The Double Side

The push by “Western” (some might quibble there) alcohol brands into the African market continues, and with increasing style. Smirnoff transplant Audio Bullys’ kinetic thud rude-boy attitude to the streets of Accra and convert its hint of yob menace to pure cheeky vitality in this crisp, documentary-style strut, tracking how some unlikely locations transition from day to pumping night. Less earnest than Guinness’s recent spot (mostly because it lets the party and the synch do all the talking) the spot also sought out some stylish local characters.

London Grammar gives Kavinsky’s glum robot-voiced synthpop a more human touch. In truth the lyrics and delivery seem a little sombre for the cheerful, collaborative creativity at the heart of the narrative, but the swooping vocal and emotive keys do match rather well with the flickering light and slow-motion sweep of the spot’s key action piece – see more of it in this version.

Volvic trade in their usual cheeky effervescence for something a bit more grandiose. Woodkid continues his synch reign – the theatre of ‘Iron’, getting just about everywhere since its Assassin’s Creed usage, brings extra impact to the sweeping visuals and gruff voiceover, clothing the elemental in tribal, rabble-rousing drums and orchestral flare-ups.