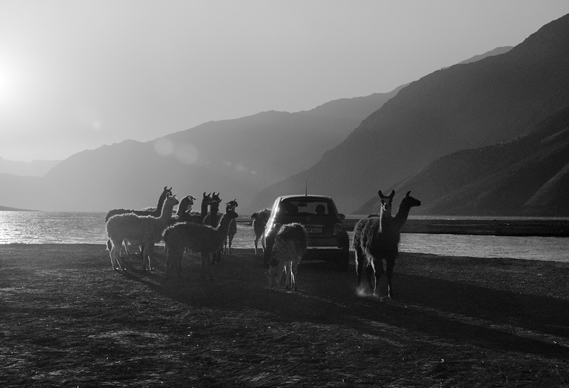 It’s been a week of tough ads with weighty messages, some better received than others. Here are two spots that provided a little lightheartedness, thanks in large part to savvy music choices.

Avis takes the charming old song/sleek product dichotomy to new extremes with its rather icily stylish monochrome visuals and poker-faced drivers – most of the delight is added by the infectious, swooping strains and open-hearted excitement of Let’s Go Fly a Kite.

Whatever you make of the premise, there’s something satisfying in the pairing of a slo-mo slapstick scrap that sends empty-framed specs and fixies a-flying and the mellow pensiveness of an (arguably) fittingly obscure artist, complete with unexpectedly fitting lyrics and perhaps a studied awareness of the impulse of a certain hated demographic to meticulously soundtrack even the most ridiculous facets of life. Enjoyably off-kilter.

Song: The Raucous Calls of Morning