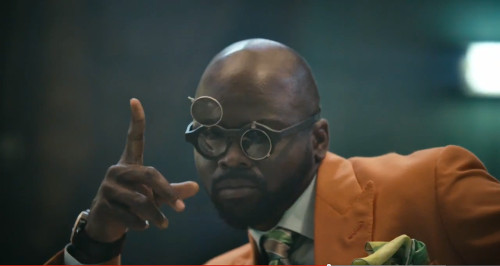 With just one day to go until the announcement of this year’s Film and Film Craft Gold Lion winners, we thought we’d bring you a selection of our shortlisted favourites – and two that didn’t quite make the cut. This year offers up lashings of style, thanks in no small part to inspired music choices – great sync helped put the gleam in the Sapeur’s eye, the steel into Van Damme’s splits and the boogie back into the office.

Guinness – Made of More “Les Sapeurs”

The Heavy’s ‘What Makes A Good Man’ leaves Guinness’s already exceedingly sharp spot swathed in style, steeped in bluesy swagger and trimmed with apt lyrics, adding a raw but perfectly turned-out vigour to the warm and dapper visuals.

When it comes to cool, sometimes too much of a good thing is just right. The prowling guitar and Nick Cave’s bombastic declaiming from ‘We Real Cool’ carry the eccentric concept, lending the gloomy-lit whole an indelible air of elegant menace – and, yes, ineffable cool, leavened a little by Walken’s singular physicality.

Inevitably. It’s become the Cannes darling, and hasn’t done Volvo any harm either – a classic advertising example of something becoming more than the apparent sum of its parts. A lunatic product demo, Jean Claude van Damme’s steely gaze and Enya – on paper it’s ridiculous, in practice it’s serene, droll and oddly majestic. Forsman & Bodenfors could have gone with something driving, posturing, or more obviously bad-ass – instead it’s that improbable new age tranquility that keeps everything on course.

The clinical lighting and setting working in counterpoint to those unblinking faces and undulating feathers works wonders, but the crowning glory is all Miss Ross’s. See also: Jaguar’s distinctly catty reply video.

Missing out is this joy of a spot from Cadbury, whose longtime parters Fallon London continue their line in exceedingly British joie de vivre, this time lighting up a drab (but liberally purple-accented) office by recognising the irrestistible lure of hold music and potential of the office chair. The lion’s share of that joy comes from the combination of Keith’s contented face and note-perfect use of a disco classic, also to be seen in other spots from the series.

Another British offering left a nose from the post. Keen to portray the steeplechase’s history while conveying a sense of hell-for-leather vigour, and perhaps to knock some rougher accessibility into it, Channel 4’s spot marries a rather muddier, rowdier take on 18th Century life than British television usually offers with the perfect firebrand counterpart – snarling, full-throttle punk courtesy of Brooklyn outfit Cerebral Ballzy. Here the titular tearaways swap safety pins for snuff boxes as they lash across the county, but the resulting unapologetic hurtle is pogo-pit satisfying.