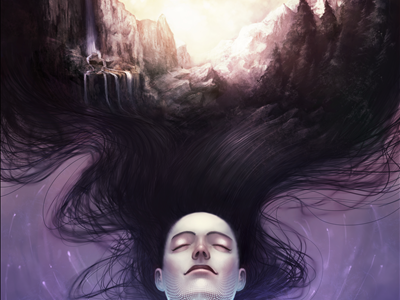 With our ‘Four Questions’ series we want to establish a place to introduce members of Tracks & Fields – by 4 questions. The first is Elegy Music from Germany.

I have played the trumpet, piano and guitar since I was a child. I am still working on some songs that I started composing when I was 14. At the time I had just started playing in Rock and Metal bands. When I was 19 I went into working on orchestral production and writing film music for indie films. After my audio engineering degree, I finally set up a studio for music production and composition in order to indulge my passion professionally.

Fat, epic, melancholic, modern, action-packed and romantic. In short, anything but boring! The sound is based on the music from “Remote Control Productions ” (Hans Zimmer, Steve Jablonsky, Two Steps From Hell). But my preference of (Melodic-) Death Metal a la In Flames, Hypocrisy, Amon Amarth and Wintersun is also reflected in my music.

I get my inspiration from all types of media. When I see a commercial, movie or just a Youtube clip, I analyze the music in the background meticulously. I pay attention to how and what other artists have composed. Why does their music fit so well to the image, and what could they have been done better? Why did the music touch me? Was it a certain melody or just a special instrument? What is the incentive to compose something similar or better?
Every day this motivates me to get out of bed and into the studio. Deadlines is also something that often drive me to to peak performance. But sometimes an idea is also simply a spontaneous epiphany. 😉

How did you hear about Tracks & Fields, and how long have you been a member?

I have been an active member of T&F since September 2013. I was tired of waiting for the Licensing Companies, in whose music pools of hundreds of thousands of songs you easily disappear. I wanted to promote my own music and sell it actively. After an intense search on the Internet I came across Tracks & Fields, who provide the perfect platform for me to get my music directly in to appropriate film and media projects.