8 Iconic Artists that Have Only Released One Album 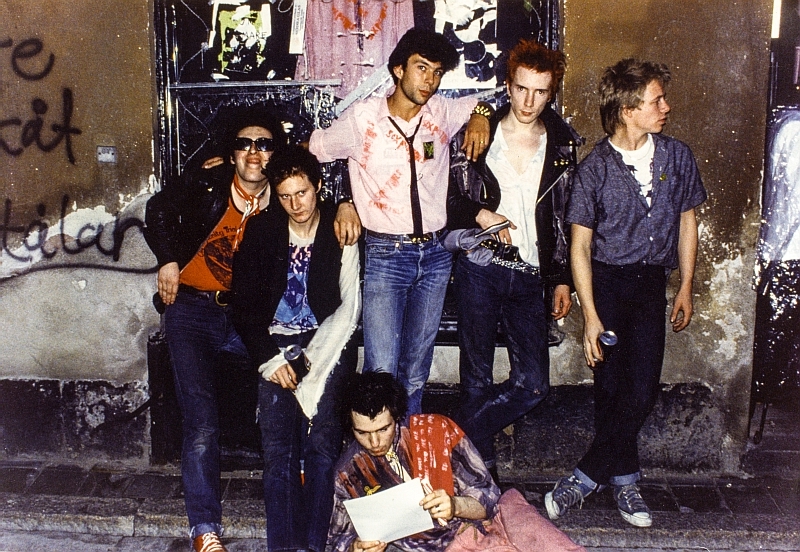 The Sex Pistols and Thomas Dellert in 1977 credit: wikipedia

It’s surprisingly controversial researching which bands have only released one album. While there are many bands, as we list, who only released one album during their careers, often the topic receives sarcastic suggestions appearing in the vein of “I wish X had only released this one album”, in the hope that the fan’s love of a certain band wouldn’t have been tarnished by a sub-par sophomore album.

Instead of listing the band’s we wished had just released one album only, this list covers some of the most popular bands and artists who have only released one album over their career (or in some cases, lifetime). Let us know if we missed any iconic albums out.

It was certain that Australian electronic band The Avalanches would make it onto any list counting down the most iconic artists with just one album. Their 2000 debut ‘Since I Left You’ is known for its eccentricity, which included the quirky hit ‘Frontier Psychiatrist’, and went onto win the band many awards. The album has also been named as one of Australia’s best albums.

A secure placer on many a ‘top artists with one album’ list, The Avalanches finally stepped out of their 16-year silence this month, and have announced that they will be releasing their second album ‘Wildflower’ in July this year.

Sex Pistols – ‘God Save the Queen’

The iconic face of 70s punk rock, the Sex Pistols re-defined the music world with their debut album ‘Never Mind the Bollocks, Here’s the Sex Pistols’.

The album, which went No. 1 in the UK, was the subject of widespread controversy and was outright banned from major retailers; although it went onto sell very well at independent record shops. Aside from difficulties selling the album, the title got the band into trouble with the law. By including the obscenity ‘bollocks’ in the title, the album landed the band in a ‘morality’ court case in the UK. Furthermore, the band’s second single from the album, the track ‘God Save the Queen’ was banned by the BBC and couldn’t be played on TV or radio.

With such widespread controversy following the band and their debut, ‘Never Mind the Bollocks’ became an iconic album and has gone down in history. It has also been named as an inspiration to many artists, including Nirvana and The Stone Roses. It was also named as one of Time’s 100 greatest albums ever.

A 90s favourite, Lauryn Hill made a name for herself in R&B band Fugees, best known for their track ‘Killing Me Softly’, before starring alongside Whoopi Goldberg in the film ‘Sister Act 2: Back in the Habit’ (1993) and then releasing her own solo-project, the album ‘The Miseducation of Lauryn Hill’ (1998).

Hill’s solo-album went onto achieve widespread critical success, charted No. 1 in the Billboard 200 chart on its debut, achieved multiple Grammy nominations and wins, including winning ‘Album of the Year’ and ‘Best R&B Album’ at the 1999 Grammy Awards, and is a firm placer on many a best album of all time list. She is also celebrated as one of the first female artists to win and be nominated for so many Grammy awards at once, and one of the first to pave the way for female emcees.

However, despite such critical success, Hill’s solo-career took a sharp break when she went into ‘self-imposed exile’ according to music website Stereogum and she has only released one album.

The tragic victim of an ‘accidental drowning’ one night, young singer Jeff Buckley only had the chance to release one album. Buckley’s album ‘Grace’ would see the singer gain widespread attention posthumously, when his popular cover version of Leonard Cohen’s ‘Hallelujah’ received numerous accolades, including going gold and platinum numerous times in several countries, as well as being featured on several TV shows, such as ‘The West Wing’ and ‘The O.C.’.

Buckley’s album ‘Grace’ has also received lots of praise from the musical press, being regularly named in lists of the best albums ever by the likes of the Rolling Stone, NME and The Guardian.

Them Crooked Vultures is a supergroup made up of Dave Grohl (Nirvana, Foo Fighters), Josh Homme (Queens of the Stone Age, Eagles of Death Metal) and John Paul Jones (Led Zeppelin), playing a mix of hard rock and blues rock. The band released their first and only album in 2009, the self-titled ‘Them Crooked Vultures’. The album received favourable reviews and Them Crooked Vultures also won a Grammy for ‘best hard rock performance’.

The band is currently on hiatus but is talking about recording new music. However, it’s doubtful when or if the band will ever follow up their debut with a second album, when the members have numerous other touring and musical commitments to do.

The Postal Service – ‘Such Great Heights’

The Postal Service were an indie pop band made up of Ben Gibbard (Death Cab for Cutie), Jimmy Tamborello (Dntel, Headset) and Jenny Lewis (Rilo Kiley). Although the band released only the one album, ‘Give Up’, they received quite a lot of attention for it, and it was named album of the decade by both Pitchfork and the Rolling Stone.

Furthermore, the band also had licensing success; the album’s first single ‘Such Great Heights’ was the original theme song for the long-running TV show ‘Grey’s Anatomy’, as well as featuring in adverts for UPS and M&M’s. However, they also had some controversies: Apple allegedly ripped off their music video ‘Such Great Heights’ and the US Postal Service sent the band a ‘cease and desist’ letter over their name. Despite relative success and controversy, the band split in 2013.

With such an iconic track behind them, Liverpool band The La’s were destined for success but never quite made it there. The unmistakable soundtrack to any reminiscences of the early 1990s, their biggest hit was ‘There She Goes’, and their album became a heavy hitter in the early years of Britpop. The band is also said to have influenced the likes of Oasis, Travis, The Charlatans and Pete Doherty.

It’s unclear what actually happened to The La’s. It’s rumoured that they didn’t like their debut album and wanted to re-release it, but never got round to it. The band have also had numerous re-emergences over the years, including so many band members over the years that a timeline graph appears on Wikipedia, and in 2003, one die-hard fan attempted to track down the lead singer and released a book about his adventure. Nevertheless, only one album by the band has ever been released, the self-titled ‘The La’s’ (1990).

Although having released two studio albums and many compilation albums posthumously, only one of The Notorious B.I.G.’s albums was released during his actual lifetime. Biggie was murdered by a drive-by shooting 16 days before his second album ‘Life After Death’ (1997) was released.

His first album ‘Ready to Die’ received widespread critical praise on release, going platinum three times, earning The Notorious B.I.G. a Grammy nomination for his second single ‘Big Poppa’ and establishing him as one of the greatest rappers of all time. The album is consistently ranked among the greatest albums of all time by the likes of Time, The Guardian, Q and the Rolling Stone.