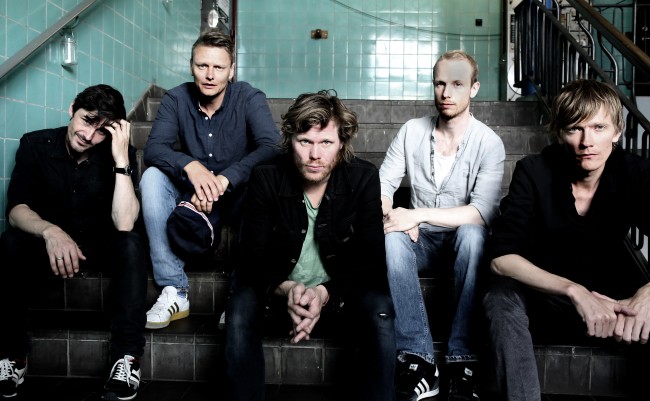 
At Tracks & Fields we like to showcase the talent and inspiration of the artists behind our sync licenses, through their own words. For this edition of ‘Four Questions For’ we interviewed Danish band One-Eyed Mule, to find out what drives their sound.

One-Eyed Mule was formed in Copenhagen by my good friend Uffe and I. From an early age I taught myself to fingerpick and rambled Spain with my guitar. Uffe had traveled Europe in a van for six months, playing on the streets for a living. We started out as a country blues outfit playing the songs of great artists such as Mississippi John Hurt, Blind Willie McTell and Furry Lewis. In 2005 we began writing our own songs, got a record deal, and released the first album “Hobo in the Land of Love” in 2006. So the band has been together for 10 years now.

From a bluesy starting point we turned to a more folk/rock sound when we started to write our own songs. On a sunny day we look out for Ennio Morricone in the horizon. On a rainy day you’ll hear drips of nordic mournfulness. We like to bring in odd instruments like sitar-jawharp-saw-harmoniums to a more classic rock setup. We like a steady beat that is good for dancing. We like the repetitive droning sounds from a bowed double bass. We like psychedelic roland space echo delays to get our minds wanderin’. We like songwriters like Buddy Holly, Bob Dylan, Lou Reed and Jonathan Richman. We love late night jazz, Oscar Peterson and Hymn to freedom.

From listening to music – reading books – reading the newspaper watching old movies. From being a parent, a lover and a friend.

If you just keep strumming the guitar enough while watching television some sweet melodies will eventually come out – the thing is to be aware and grab it when it’s there.

How important was being sync licensed to you as an artist?

We were very happy. We’ve only recently started working seriously with synchronization but it gives you great opportunities. It’s just pleasing to see that the songs you have been writing are living happy lives on very different platforms.