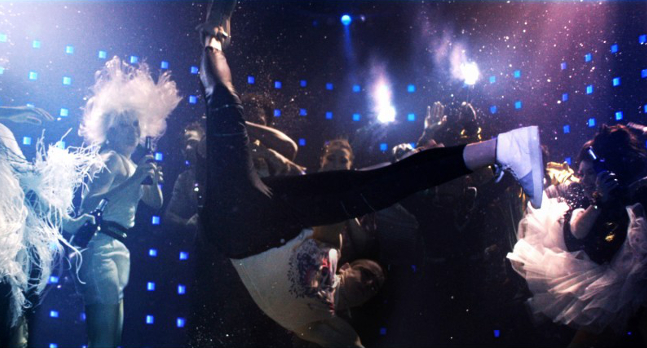 Today’s dose of top recent synch is also low on CG, high on visual impact. From subaqua shimmying to flying fridges, seeing is believing with these elegant spots.

LeBron James makes a rather pointed return to home turf for Beats, and the drama of Irish golden boy Hozier’s ‘Take Me to Church’ guides him through intense back-home and work-out montages alike. Careful reediting gives the lyrics a perhaps controversially gospel-tinged recontextualised cast, but the sweep and sense of individualism remain. Director Nabil also returns, but sadly there are no mini-LeBrons in sight.

Vodafone’s quite touching campaign gives new meaning to “living vicariously”, and is sweet enough to weather many musical directions, but the driving yet gentle indie pop of Berlin duo Jonah adds a starry-eyed youthfulness to proceedings.


Song: All We Are
Artist: Jonah
Agency: Jung von Matt/Alster

Curry PC World – We Start With You

The partially-merged retail juggernauts whittle down their range to the perfect purchase (spoiler alert: it ain’t a kettle) in an elegantly choreographed, painstakingly co-ordinated whirl of consumer goods . The whole balletic display is gifted a sense of carefree ease by an orchestral version of one of Ludovic Bource’s pieces for 2011’s The Artist, a jaunty, lighthearted number belying the goliath mechanics behind the scenes (check out the making of for some rather satisfying footage of washing machines hurtling about with disconcerting velocity).

Sony continues its traditional of melding the emotive with the striking, this time partnering Aussie singer-songwriter Josef Salvat’s crystalline cover of Rhianna’s slow-burn belter Diamonds with outrageously high-definition footage of kids blowing bubbles in the cold. The titular resulting (CGI-free) ice bubbles are breathtaking and the accompaniment is as though tailor-made (maybe to a fault), but the whole is a little lower on impact than expected – perhaps the Bravia campaigns simply left us with too strong a taste for impossible feats of colour and lyrical obliqueness.

A high-concept spot with a jaw-dropping result – Brazil’s Skol Beats (also behind that quite stylish vampire spot earlier this year) continue to live up to their name with a pounding vision of what a properly cool underwater party might look like, actually filmed in a tank at seemingly no small effort. Local heroes Tropkillaz provide the centre-stage banger and scintillating sample work.

Dior boldly go somewhere weird with their perfume’s-eye-view trip down the rabbit hole. The ethereal, floating stop-start of Son Lux’s haunting ‘Flickers’ is the perfect complement to the monochrome lunar visuals, combining all the right notes to create something lusciously strange and singular.