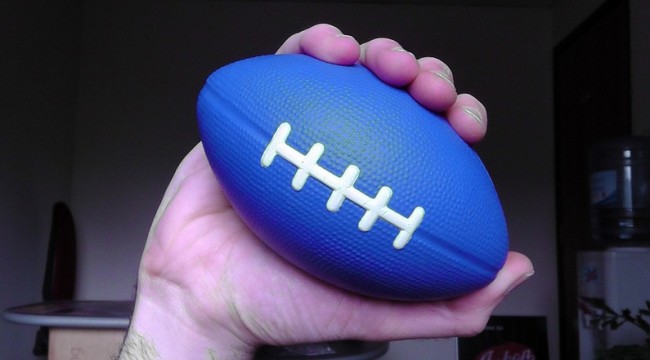 Earlier this week we shared our list of the 10 most effective Super Bowl commercials for generating social media response. While there was some great work in there, it’s time to share our personal favourites from the biggest weekend in advertising.

Everyone knows AXE’s angle, right? A regular guy uses their product and magically attracts a sea of women so hot they could melt your television into a puddle on the floor. But it seems even this foolproof formula couldn’t last forever, because their latest commercial sees the scent-supplier step away from the world of lust and highlight a far tenderer side to mankind. With its high production values and well-matched piano soundtrack, it carries all the polish you’d expect from the brand, only with a sweeter twist at the end.

As a company that specialises in high-end audio equipment, you would hope Sonos would go the extra mile sourcing music for their Game Day commercial. And, in that respect, ‘Face Off’ certainly doesn’t disappoint. Both the string piece and acoustic guitar track heard here were composed by none other than Colombia Records co-founder Rick Rubin, who served as executive music producer for the project. The way in which all three songs combine in the final sequence is especially clever, and illustrates what is possible with a really creative approach to music in an advert.

It’s a tricky thing to raise the topic of cancer at a time when 100 million people’s minds are filled with sport and celebration, so kudos to Chevrolet for doing it with such class and sensitivity. Pointing focus at survivors of the disease, and the people who helped them get through it, the spot’s initially sombre tone takes an unexpected lift as the sun peaks over the horizon, mirrored perfectly by Ane Brun’s chillingly beautiful vocals. Touching, emotional, but not overly weepy—this is a real masterclass in how to deal with sensitive subject matter with style.

On the other end of the spectrum, Chevvy’s second commercial for the Super Bowl played on all the classic cowboy stereotypes, only with a thoroughly un-Western choice of soundtrack. There are certain songs that will always be synonymous with gettin’ jiggy, and Hot Chocolate’s ‘You Sexy Thing’ is one of the greatest. While this advert could’ve very easily ended up as a lazy cliché, thanks to some great cinematography and a strong script, it’s a real stud.

On the face of it, the act of resurrecting a much-loved movie franchise to help promote your brand sends alarm bells ringing. The potential for backlash from the original fanbase is always a risk, as is the fact that, afterwards, audiences might simply remember the film and not the brand or product itself. However, we simply had to call attention to this inspired bit of work by KIA. Tastefully done, with enough clever references for the fans yet enough originality to let it stand on its own merit, it’s everything an advert of this kind should be. And anyone who fails to get shivers at the crescendo from Nessun Dorma is probably dead inside.

Another one that remained secret until it aired on the night and, just like the advert describes, ‘struck from the dark’. Maserati aren’t frequent players in the world of big advertising, so it was nice to see a new face among the more familiar automotive brands. It’s not heavy on the music, relying instead on a tense ambiance created by a few minimal drones, but it has an effective, cinematic quality to it that really allows the roar of the Ghibli’s engine to cut through in the final moments. We really liked it, and it will be interesting to see what Maserati come up with in future if they’re moving down this path with their advertising.