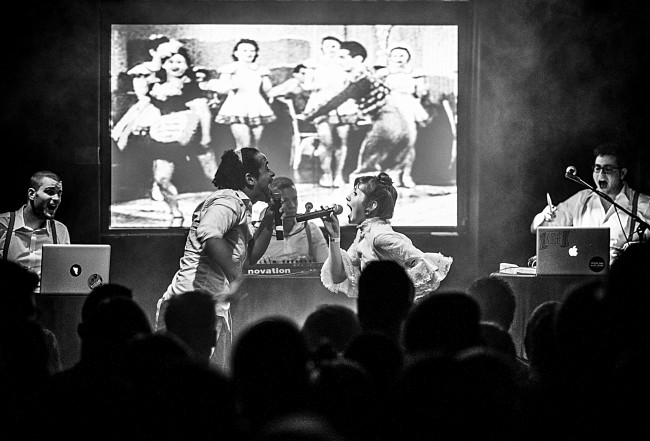 Like an electrical current applied straight to the knees, there are some acts that can always get you moving. Klichée are a five-piece electro swing outfit from Switzerland, and if there’s one thing they know how to do, it’s get you moving.

Originally built around the talents of producers Dominique Dreier and Killian Spinnler, the group has since expanded to include live keyboard and vocals, after a hectic European tour schedule saw them wow crowds across the continent. Now fronted by Marena Whitcher and William Bejedi, their energetic blend of classic swing and jaunty house has all the hallmarks of a footloose party-starting soundtrack.

And now, thanks to us, that party is going down on the new commercial for O2 Czech Republic, featuring the group’s latest single, ‘Tin Tin’.